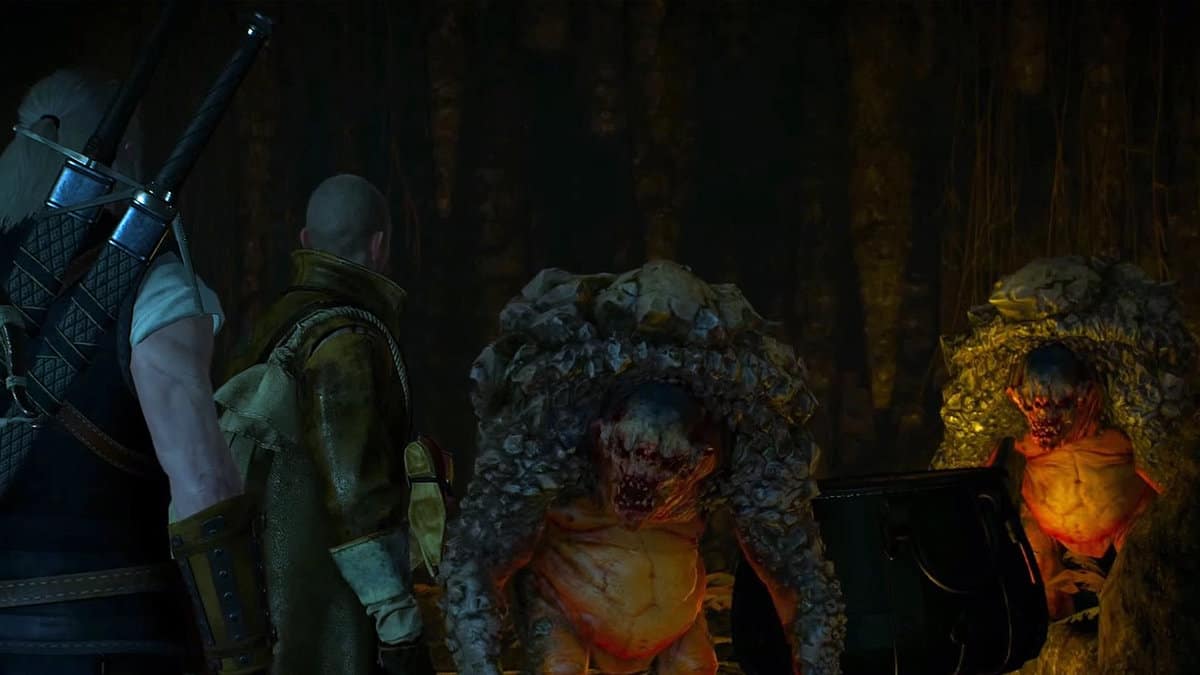 A Deadly Plot is part of a series of secondary quests that determine the fate of the Nilfgaardian Emperor Emhyr in The Witcher 3: Wild Hunt.

Despite its name, there is little plotting to be done during this quest. Rather it is a quest that leads to it. In fact, Geralt has to track down and rescue someone who turns out to be an old friend.

The choices you make here impact the character endings of the base game. It is also important to know that making the wrong decisions in A Deadly Plot will permanently lock out the next Reason of State quest.

The following guide will help you in that regard by telling you what choices to make in A Deadly Plot in The Witcher 3: Wild Hunt.

You will automatically begin the quest by speaking with Dijkstra after completing Now or Never. However, there are several prerequisites here to know of.

If you failed to find a peaceful solution with Dijkstra in Blindingly Obvious, you will not unlock the next quest even after completing A Deadly Plot.

Furthermore, you need to also complete An Eye for an Eye and Redani’s Most Wanted quests for A Deadly Plot.

You will need to head over to Passiflora, an upscale brothel that is located next to the St. Gregory’s Bridge signpost in northern Novigrad.

Enter it and there you will be greeted by Marquise Serenity who will know the purpose of your visit and take you through a secret room to meet Dijkstra. A cut scene will play in which Dijkstra will talk about plotting the assassination and the murder history associated with the venue as well.

After that, he will introduce you to his associate, whom you will immediately recognize as Vernon Roche. He will share his thoughts and intentions on killing Radovid to free Temeria of his rule.

He will task you with finding an informant who has gone missing in action. He was last seen traveling across the Pontar via the Redanian checkpoint but after that, there has been no sign of him.

Of course, Geralt being a skilled tracker is chosen to find him. The pair will tell you to speak with a contact named Gregor for more information.

Speak with the Redanian liaison

You can travel by road or take the option to fast travel from your location at the St. Gregory’s bridge to the Redanian Border Post. There you will meet “Gregor”, a cynical Redanian soldier who has grown ill with Radovid’s rule. He has decided to join in on his assassination by providing intel.

He will tell you that the cobbler came through the check post on his way out but didn’t make it back through here. Furthermore, the patrol reported an abandoned cart that was way off the road but couldn’t find anyone there.

After this, he will mention something about a pass that you can use to go through, and then you will take your leave.

You will need to head towards the southeast side of the Border post. There you will discover the shoemaker’s overturned wagon near Hindhol and Hanged Man’s Tree.

Using your Witcher senses you can determine that there was some sort of scuffle and that someone was dragged off. As you look around for tracks you will discover a shoe that most probably belongs to the missing shoemaker.

Proceed southwest using your senses and you will come across a rock troll. He will be entranced with the shoes on the ground and will have some words to say.

Speak with the troll

The rock troll “Rogg” will be standing next to some shoes and you will have to interact with him to inquire about them. He will say something funny as all trolls do in the game. But as you ask him about the shoes, he will say that his troll friends “Ogg and Pogg” have taken the shoemaker to their cave.

They have not harmed him and just want him to make shoes for them. After you say farewell, you need to find the troll cave.

Choose to trick or kill the trolls

As you proceed straight you will find the troll cave. Enter it and move onwards and you will come face to face with the two trolls. Upon arriving near them a cut scene will play in which you can talk to the trolls.

You will have two options here. You can either trick them to let Thaler go or kill them to free him.

For the first option, tell them that you need him for a short while to get leather and that he will return to make shoes for them. Being not so bright, the trolls will fall for this trick and will allow you to take Thaler with you. After you exit the cave, you will have to escort Thaler back to Witcher 3.

Take note that you can find the superior version of the Ursine armor set in this cave. For that, you will have to travel on the left side of the cave until you come across a small room. You will find the superior diagrams here.

If you chose the second option, then you will have to resort to killing the rock trolls. The trolls are difficult enemies to defeat since they will keep charging at you without giving you much breathing space.

Apart from that they will also throw rocks at you cutting your recovery time short. Liberal use of the Quen sign and Ogroid Oil will increase your chances of defeating them.

After you manage to kill them both you can take Thaler and exit the cave.

After you have dealt with the rock trolls in the manner of your choosing you will be tasked with escorting Thaler to his wagon. You can chat with him along the way as well. He will confirm that he is working as a spy for Dijkstra and Roche against Radovid.

As you make your way back to Thaler’s wagon the quest “A Deadly Plot” will finish and you will be rewarded with 25 XP in Witcher 3: Wild hunt.