The Walking Dead: A New Frontier – Above the Law Review, Order Must Be Maintained 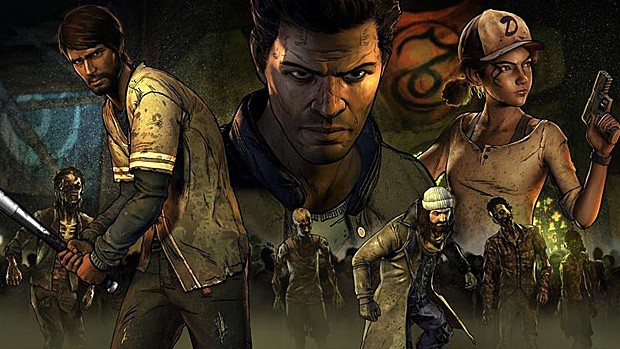 A most frustrating element with episodic releases is when the series goes on a hiatus, leaving you on the edge of a cliff. Three months after the release of its first two episodes, the third season of The Walking Dead finally returns with another fantastic entry.

Previously, the new protagonist Javier García had joined everyone’s favorite Clementine to find a new settlement. However, as it happens every time, the progress for survival for the group ended up making new enemies. Former associates emerged, friendship was tested, attacks thwarted, and alliances formed.

After everything that took place, the group found itself in another dire predicament. With one of their members critically injured, the only nearest doctor was in the middle of the very people who caused so much trouble for them. 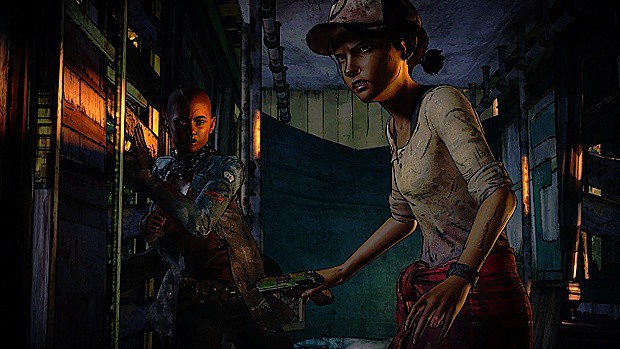 Until now, the third season has more or less relied on the strength of its characters. Above the Law turns the dial all the way, bringing an abundance of moral resolutions and motives that split between necessity and vile.

A New Frontier has been readying the “ultimate” antagonist of The Walking Dead yet. The new episode follows the same consistency and surprises everyone by forcing them to see from the perspective of the villainous settlement. Such focus and depth for antagonists is rare in a video game, and that is where the new episode excels.

Above the Law picks up right after where the first two episodes ended, with Javi and his group standing outside the gates of Richmond and the New Frontier’s headquarters. Players begin with another flashback to refresh recent events. As always, Telltale Games proves its masterful storytelling by setting up the new episode and highlighting how far the main characters have come.

Nothing is as straightforward as it may seem, a major improvement over slight criticism faced by the developer for keeping certain events from the first two episodes too linear. As Javi and his group discover more about the New Frontier, the narrative becomes more complex. Every new update makes it harder to keep everyone stable and in control.

Above the Law wastes no time in forcing the player to decide who exactly to trust. For the most part of the episode, players must juggle between whether a member of the crew might cause them harm, leave, or in some cases, even convince others to revolt.

Make no mistake, Javi is still the great protagonist of the game. However, rarely will you be eyeing straightforward paths to the storyline. Order must be maintained within the crew or severe consequences shall befall. This means that Javi must spend most of his time concerned with how he is seen by others and clarify matters from his past. Ultimately, he must opt for questionable decisions just for the sake of the crew. 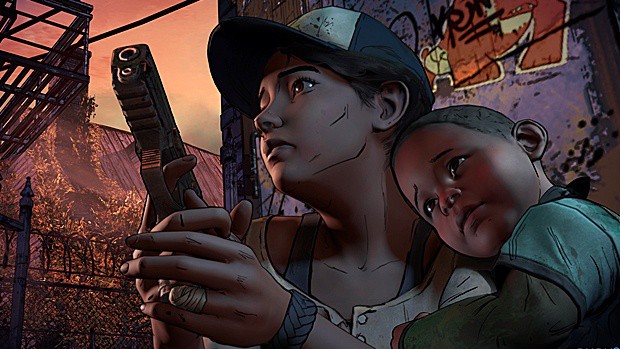 In short, Above the Law is the best episode of the season, and perhaps rivals the very best that Telltale had to offer with the original seasons. The extra time may have proven useful because anyone frowning on the delayed release is confirmed to be amazed with such a refined storytelling experience.

Best part of it all, Telltale has decided to not leave its fan-base at cliffhangers anymore. The narrative of the third episode subtly reveals what path the game is taking. While this won’t tell you exactly what to expect from the coming episodes, it does feel better anticipating what we already know rather than what we don’t.

The first two episodes were good, but it is now when Telltale hits the gas. If the series continues with its present consistency, it only means that the next episode will be even better. That being said, just how do you better perfection?

The Walking Dead: A New Frontier – Above the Law

Short, concise, and sets up greater things for the future.