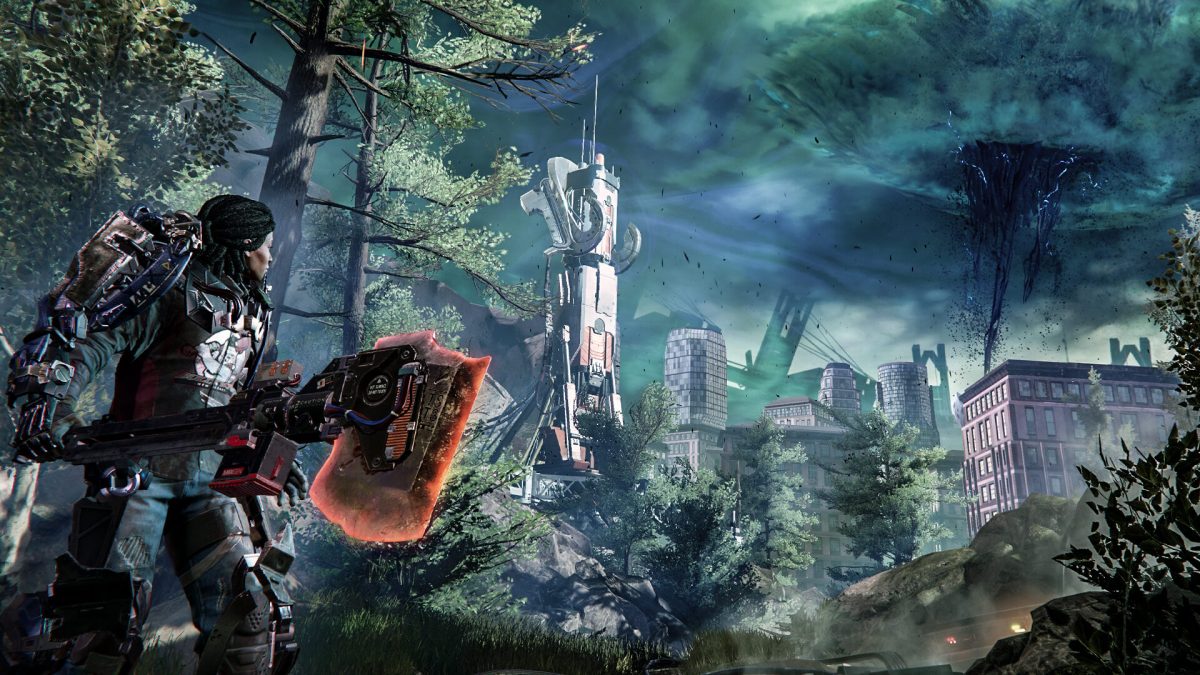 The Surge 2 Way of the Hunter Walkthrough Guide will help you with the entire quest that requires you to get to the Cloud 9 Bar.

The Surge 2 Way of the Hunter

This quest unlocks after completing the Drug Lord quest. This quest has no boss fight at the end and only require you to make your way to the Cloud 9 Bar. Note that this walkthrough only covers the main path.

As you exit the Seaside Court, use the EMP-44 ‘Starfish’ on the magnetic lock on the wall above you. The magnetic lift will unlock located to your right. Use the lift to get to the rooftop.

As you get to the top, you’ll be under attack by a turret on a raised walkway. You need to get there by dodging and taking cover as you move. Once you get close enough, use the drone to destroy the turret.

Move past the turret and then go to the lower section of the roof and defeat the crouched scavenger there. Enter the room and open the door to create a shortcut between Seaside Court and All Saint’s Boulevard. Go up the street to the roadblock and follow the road to the left of it and avoid confronting the enemies here.

Clear the area and climb the pile of rubble here and destroy some crates in the corner to reveal a passage. Climb the next set of stairs and kill the prisoner above. There is a room on your left. First, peek through the hole and you’ll see there are two enemies in there. Clear the area and then look down to the street below.

Dropdown to the shipping container and then drop to the left of the crate. Destroy the drone here and then defeat the patrolling enemy nearby. Now destroy the wooden crates behind the truck and dropdown. Look below the ledge from where you dropped and there is a magnetic lock. Destroy the lock to use the magnetic lift located at the other side of the area.

A soldier will attack you that you need to defeat and after that use the magnetic lift to go up.

You are in the middle of a four-way intersection. Ignore the left and right and go straight towards Cloud Nine. Get to the far side of the footbridge while defeating enemies along the way and then go down the stairs.

As you reach the area, clear it from the enemies here. Make your way to the far end of the Gideon Plaza. There are two Heavy Duty Scavengers here that you need to defeat and another pair of enemies hiding nearby.

As you move ahead in this area, there is a door to your left that will take us yo our destination. Take this door to Babylon Gardens hotel.

Use the magnetic lift to the floor above and then talk to the NPC. After that, enter the door behind him and use the panel to enter the Cloud 9 Bar. This concludes the Way of the Hunter quest.

This is a combat-free zone a sort of a hub area. Here you can NPCs to talk to and loot to collect. Go to the Gideons Rock door located to the left of the bar. There is an NPC here, talk to it and it’ll give you the “The Grand Prize” main quest. Just go through the door when ready.

That is all for our The Surge 2 Way of the Hunter Walkthrough Guide with tips on how to navigate through the main path and arrive at the Cloud 9 Bar.