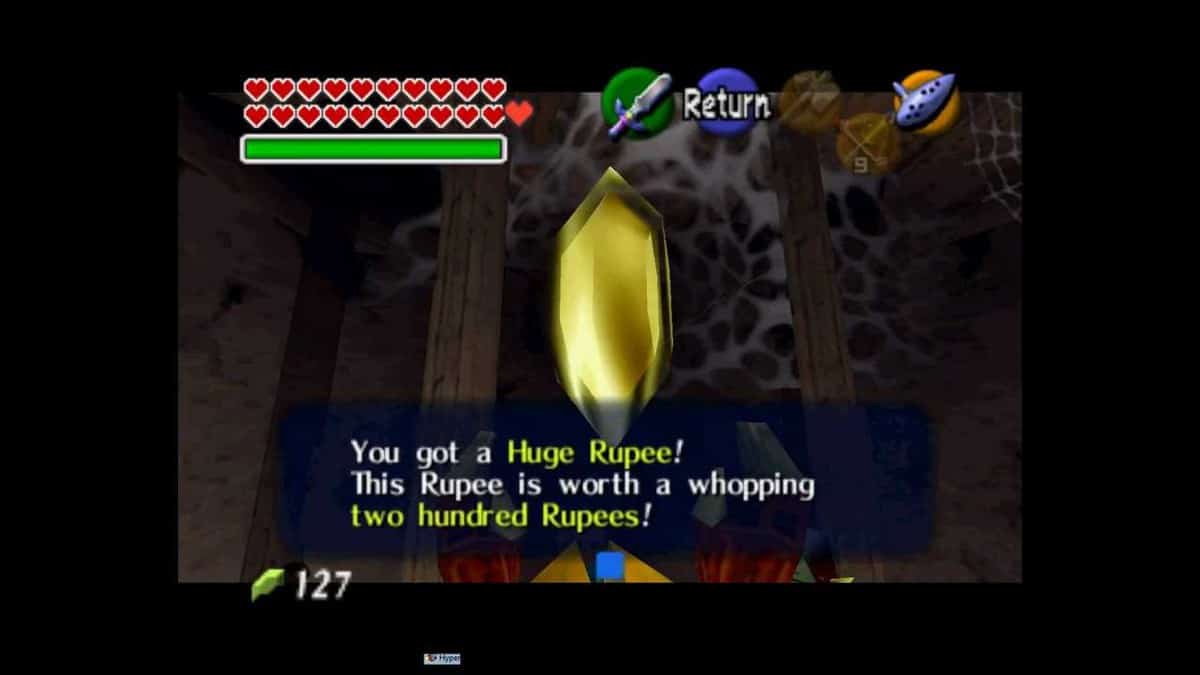 There is a side quest in Kakariko Village in The Legend of Zelda: Ocarina of Time in which you need to defeat 100 Skulltulas to save a family. All these Skulltulas can be found in Hyrule, above and underground. There are few dungeons you can only go as Young Link while others as Adult Link. If you are struggling to find these Skulltulas, we have prepared this Ocarina of Time Skulltula Locations guide for you.

Your quest for Skulltulas will be rewarded with several unique items subjected to how many Skulltulas you have found.

As you know these Legend of Zelda Ocarina of Time skulltulas are scattered throughout the game and you will find Gold Skulltulas more often at night. Here we have some tips for you on how to hunt them.

Use ears
These gold skulltulas make some very distinct ‘shuffling’ sound, every other second when they move. It doesn’t tell you the pinpoint location but can tell you how close you are to the creature.

Hunt at night
Gold skulltulas don’t come out during the day time very often and that’s why we recommend you to hunt at night as most of these are out at that time.

Check common hiding spots
These gold skulltulas can be anywhere throughout the map so you must check every place even if it doesn’t make any sense. They will be in every patch of the Hyrule.

Check the map
After defeating all the skulltulas in an area, you will see a gold skulltula icon on the map, if you don’t see this icon then that means you still have some gold skulltula lurking out somewhere.

Now that you know the total 100 Gold Skulltulas and also know the necessary information on how to hunt them, here we have the exact locations of all 100 of them

Bottom of the Well

These Sculltulas can only be found as young Link.

If you have found all 100 Ocarina of Time Skulltula Locations, you will successfully complete this side quest.