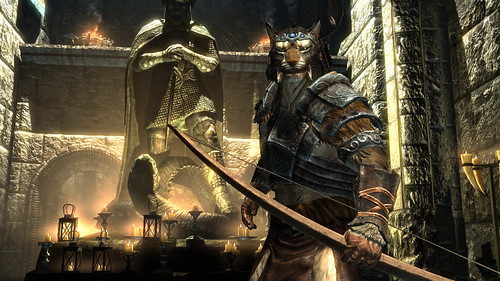 Every PC gamer has been craving about the beauty that The Elder Scrolls V: Skyrim is, impatiently waiting for the game, but they are up for a surprise.

Bethesda’s Craig Lafferty, lead producer of Skyrim, during an interview with CVG suggested the lead platform for Skyrim is not PC, the game is primarily developed for consoles and will be ported to PC.

We use the consoles as our lead SKU, he said. So we develop towards the consoles and then porting to PC is usually not too bad actually .

We could get a lot of the current hardware; we learned a lot from Fallout and Oblivion – and also it became clear with Kinect and [PS] Move that the new consoles weren’t gonna be soon enough for when we wanted to launch the game, he explained.

If that wasn’t all, he insisted the decision made was to make it really accessible to wider audience.

We wanted to take it and make it really accessible

Considering this statement, I can hear some hardcore RPG fans raging but, with all the good things about Skyrim, one should take a bad news just to stay relative. Don’t you think the same ?