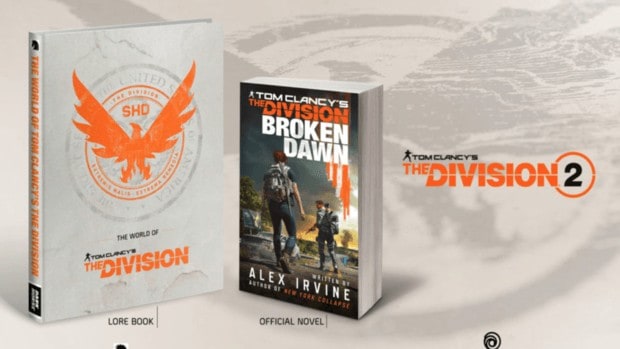 We have now also got an overview of this upcoming novel which you can give a full read to below.

Months after the devastating pandemic outbreak in New York City on Black Friday, spring has come to the world of Tom Clancy’s The Division, and with it the challenge of protecting society’s rebirth. The Division Agent Aurelio Diaz and civilian April Kelleher, embark on a journey into a troubled American Midwest. As they uncover an imminent threat to the future of the country, Agent Diaz and April must act together to preserve civilization’s last hope to stop a new virus and save itself from a final collapse.

If you’re a fan of The Division, then this novel from Titan Books will allow you the chance to fully immerse yourself into the fractured vision of post-pandemic world of Tom Clancy’s The Division 2 through this new story.

Now that’s not all. We are also getting an extensive lore book by Dark Horse Comics along with “three-issue comic book series based on Tom Clancy’s The Division universe”. These are as follows.

This three issue will come in a hardcover book bringing you all of the 3 comic books. Tom Clancy’s The Division: Extremis Malis will release in summer.

The Divison 2 is the upcoming game in the series and it’s set it to take it a step further. The Division 2 is set in Washington DC. It was chosen after considering many other cities for it.

The Division 2 is an open-world multiplayer title which is scheduled to release on March 15, 2019, for PC, Xbox One and PS4.