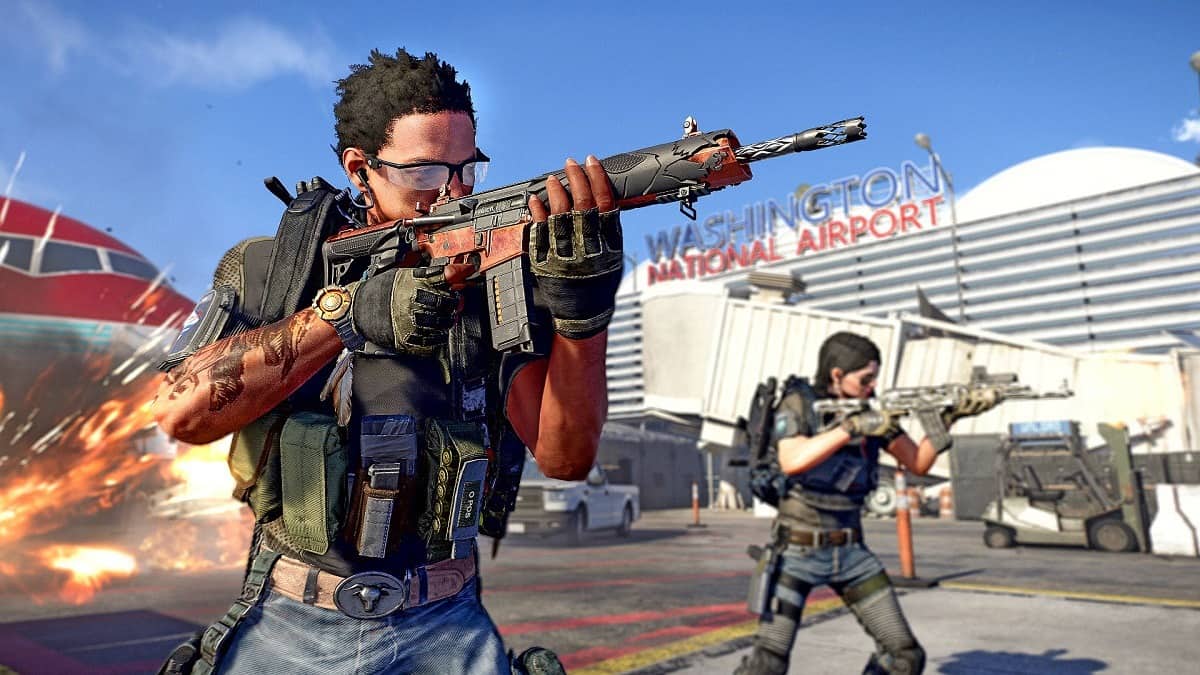 The first raid activity that makes its way to The Division 2 is titled “Operation Dark Hours” and it serves as an excellent introduction to the tough end-game of The Division 2.

Requiring precise teamwork and communication, along with individual high DPS levels, this will be a tense challenge. Read down below on how to achieve completion and what rewards you’ll be in for in return for completing the second encounter, the Dizzy and Ricochet boss battle in The Division 2 Operation Dark Hours.

The encounter begins after you managed to take down the Boomer. Once you are done with the fight, you will be able to move onto Buddy and Lucy as well as Razorback.

Under the Operation Dark Hours raid, players will have to team up to form groups of eight to tackle the four major bosses tied to each encounter.

There isn’t a matchmaking aspect to this raid so players can form a team regardless of the skill and power level of the character.

Instead of letting the game do that job, players will need to call on their friends and members of the clan list to fill up the positions on the team that is a step in the right direction when it comes to cooperation.

However, it should be noted that this is as harsh and tough as The Division 2 can get.

Each of the bosses is quite formidable and require different strategies to get rid of. You can start Operation Dark Hours by hopping on the yellow helicopter located at White House base of operations.

We’ll be delving into the second encounter of the raid, which deals with eliminating two bosses: Dizzy and Ricochet.

Your starting area will be an airplane hangar divided into two sections, so you’ll have to divide your teams accordingly.

The tricky part is that within the main body of the plane, there two sets of three terminals, two of which are grey and only one is green.

Both teams should have at one member interact with the two green-screened terminals, on each side, at the same time. The placement of these green terminals is random, so active communication with the tasked teammates is encouraged.

If all goes well and the green panels are switched on simultaneously, then the encounter finally begins and you’ll be ready to fight off against the boss. However, this doesn’t mean that the concept of these terminals goes out of the picture.

Throughout the battle with the two bosses, namely Ben Carter (Dizzy) & Carl Dawson (Ricochet), gas will build up in the area and its color determines if it works in your favor or your enemy’s.

If you’ve been keeping a check regularly on the green terminals and switching them on as soon as they go off, you would be all fine.

This will be indicated by an orange gas that has the effect of an Armor Breaker debuff on the boss enemies, so now they receive additional damage on each hit.

A purple colored gas prompts you to head back to the green screens and interact with them.

If you fail to do so, your team will continue to be affected by the Choking Weapon debuff that refers to the declining damage potential for each bullet fired until it falls to only 15 dmg per bullet.

Next, the two bosses spawn in the different planes of this hangar.

These are pretty standard bosses which don’t have any tricks up their sleeve. Your main challenge will be the playing field instead and communication with each team on the other side.

Avoid their powerful grenade attacks and continue to dish out damage until one boss is down. This will result in two consequences: a new, tougher boss, Oliver Weasel, will spawn and the terminals will now be out of reach.

The gas will then continue to shift between the colors orange and purple and it’s your job to respond to them appropriately.

The orange gas is no problem but when it turns purple, find cover immediately so you don’t get affected by the debuff. Continue to evade the boss enemy attacks though, so don’t remain hidden in cover for too long like a sitting duck.

The main idea is to get rid of the two earlier bosses at precisely the same time so you won’t have a hard time in the second phase as the latter boss will be quite hard on his own.

One advantage in this stage is that the two split teams can regroup and fight together because the two planes will change into a single one.

While dodging the enemy snipers and other adds, stick out of cover only when the gas is orange so you can dish out a good deal of damage to the third boss.

Stick to the DPS characters and continue to be patient as you fight relentlessly and bring an end to the encounter.

For all your hard work, well you deserve it after defeating three bosses, you are granted various pieces of gear and weapons all rated at 500 gear level. The loot is as follows:

This is everything we’ve in our The Division 2 Operation Dark Hours Raid Dizzy and Ricochet Guide. If you’ve anything else that you’d like to add, be sure to let us know!