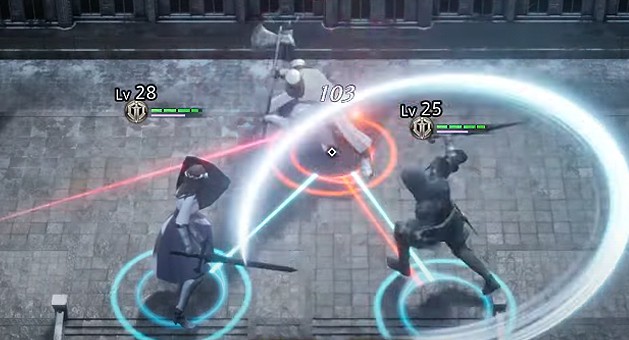 The DioField Chronicle is a tactical and strategy-based RPG that takes place in a continent hell-bent on warfare and conflict.

You play as Andrias, whose job as a leader of the Blue Foxes – a mercenary group – is to lead a group of well-trained fighters to complete missions like escorting allies, destroying enemies, or capturing outposts.

Though being a fun game, it does not guide you completely through the mechanics of it, but you are expected to learn along the way. Therefore, many beginners face difficulty learning the ropes and progressing through the game efficiently.

If you do have such difficulties, then do not despair! As in this guide, we’ll be going through some tips and tricks for beginners in The DioField Chronicle.

What you should know before jumping into The DioField Chronicle

You come across the skill tree quite early on in the game, specifically as you reach the Elm Camp Headquarters. If you head over to the Institute of the camp, or simply open up your pre-mission menu, you should be able to see the Skill Tree there. This is a common mechanism often used in games to upgrade the skills you want.

A particular skill can be upgraded in various aspects; you can increase its effectiveness, decrease its cooldown time, or make it use less EP (Energy Points).

Each skill will have one or more of these aspects involved in an upgrade and will cost you Skill Points, so you need to be wise when making the decisions. But, even if you make a few mistakes along the way, it’s alright, because the game does come with a mechanism that allows you to reset all of your in-game enhancements.

Attack from the back

An important tactic you might not have picked up while playing the game is to attack enemies from the back as often as possible. This is because attacking enemies from behind or ambushing them deals significantly greater damage to enemies as compared to attacks from the front.

Do note that this does work both ways, so you need to be careful not to let your enemies have the upper hand this way!

Stun and Disrupt your enemies

We don’t really admit it, but often, the most powerful trump card we throw in when in a pinch is running away. But, not with The DioField Chronicle, we don’t.

Characters in this game cannot move quickly enough to flee from enemies’ skills, so we need an alternative solution for that.

What you can do in this situation is fight back with skills that stun or freeze your enemies and temporarily block their skills. In this kind of situation, skills like Waltaquin’s Frostbind and Izelair’s Bind come handy, where the former freezes the opponents while the latter stuns them briefly.

Do remember that these skills might require a considerable amount of EP to pull off, so you might want to save up on it for the time to come.

Use your AP wisely

Players often feel the urge to spend every point they get immediately whether it be Skill Points or Ability Points. This is not a great tactic in the long run though. Some of the best Abilities in  The DioField Chronicle are often unlocked later on in the game and come quite expensive. Therefore, it would be wise to stack up on your AP for when you really need it.

In many cases, we don’t really work up the best strategy for a particular situation. If you often have trouble deciding the best approach to battle, then you need not worry, because the Battle Log’s got your back.

If you want to reattempt a particular battle or siege that didn’t go so well, you can pull up the Battle Log by pressing ZR and R2 to select a certain previous Checkpoint to rewind the time dimension itself and attempt your battle/siege again with a better strategy.

This is a pretty good tactic to attempt your battles over and over again, as it does not have any cost to do so, and neither an attempt limit!

Inspect weapon skills before buying them

Weapons in The DioField Chronicle aren’t really affordable most of the time. Along with that, we also need to consider that not all of them come with the same skill. This is why you need to be careful to check for the skills you want when purchasing a particular weapon.

If you take Waltaquin’s weapons, for example, you would note that some of them do not come with the Heal skill, and if you rely on Waltaquin to heal your allies, you might not be able to if you don’t have the correct weapons equipped.

Especially in the early stages of the game, most of the equipment isn’t really that affordable. Keeping this in mind, you should know that you might not be able to equip all of your characters with the best equipment at hand.

Therefore, you need to find a way to make the best of what you have. You can do this by inspecting each piece of equipment thoroughly and only buying the ones that cover up your characters’ weaknesses or aid in their strengths first.

You can do so by buying good weapons for your main attackers like Andrias and good armor for characters that have low defensive stats like Fredret.

Save Bahamut for stronger enemies

We all feel the urge to summon the almighty dragon to wreak havoc upon our enemies as soon as our TP gauge fills up. This is not such a great tactic though.

A better option to really make Bahamut efficient would be to save it for times when you really need it, like late in the battle when stronger enemies appear or when you have to fight a boss.

This is because you can get rid of the weaker enemies by yourself without much of a challenge, but if you use your dragon too early, you might not have it available when you’re in a pinch.