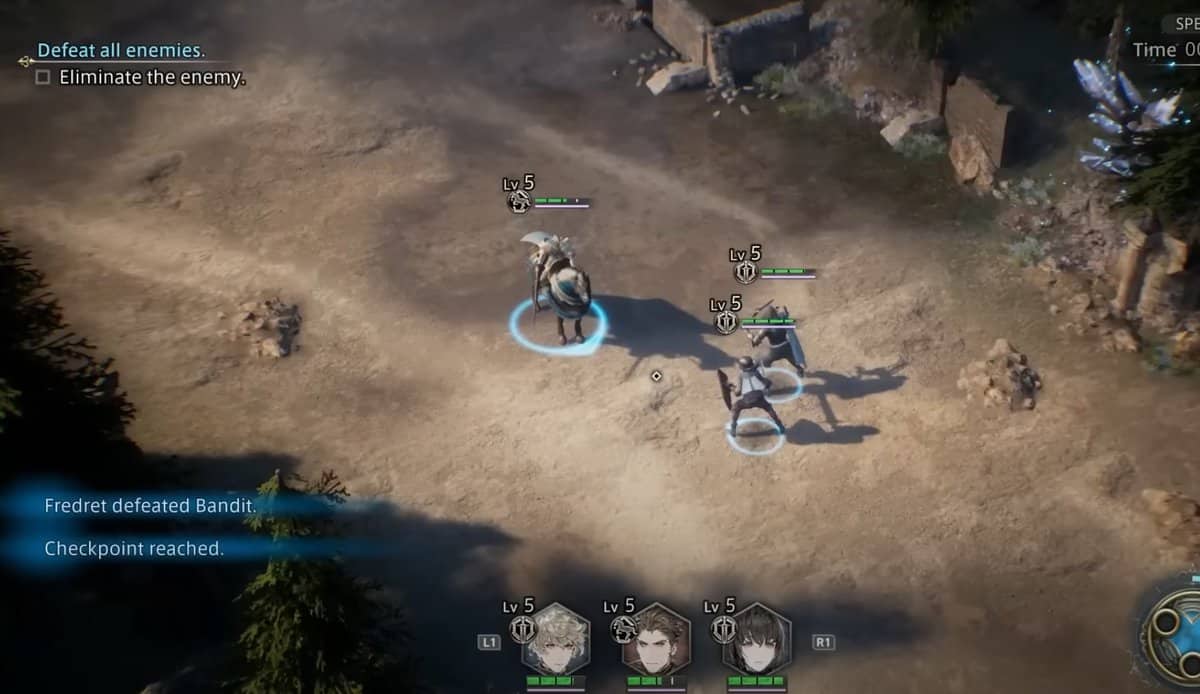 The much-awaited RPG, The DioField Chronicle is finally out, and you could use some assistance to get started. Starting off the game, you’re required to choose from a set of Starting Classes to carry along. This guide will go over each Starting Ability in detail so you know exactly what each one has to offer.

There are a total of four starting classes in The DioField Chronicle and each class has different abilities to offer. These classes include

Read on to learn about each class and the starting abilities it offers in The DioField Chronicle.

The Soldier Class being a versatile class can be used either as a Tank or a Damage Dealer Class depending on the characters and abilities you’re using.

To begin, you must select one of the two players, Andreas or Isilaire. Both come with their specific perks and downfalls.

Isilaire’s defensive stats are low, but he’s a beast when it comes to attacking. He is capable of annihilating his enemies owing to his abilities like Assassination and Leaping Attack.

Andreas, on the other hand, is best suited for defense rather than attack. She has the potential to be the best Tank due to abilities such as Shield Bash, Shield Charge, and Shield Wall.

Here is a list of the abilities available to the soldier class.

Assassination: It deals the most single-target damage of any ability on the list. When a foe’s health bar is half full, you can easily finish them off with this ability. The best part is that if you use Assassination to finish off an enemy, the cooldown is reset to zero.

Leaping Attack: This attack has high mobility and can be used to flank enemies for damage. It can be combined with Assassination to unleash hell on the enemies.

Shield Bash: This ability is used to stun your enemies, preventing them from charging abilities.

Shield Charge: Deals minor damage but interrupts and provokes the target. It also has a good attack range. However, it only attacks the first enemy in its path, so you may need to maneuver a little to hit a specific target.

Shield Wall: This allows you to draw all enemies in the area. You can use it to keep enemies in range of multiple AOE abilities while holding choke points. This relieves the pressure on the other units on your side.

The Cavalier class is an improved version of the Soldier class that allows you to engage multiple enemies at once. The lone Cavalier in this class is Frederick.

Frederick also has the fastest movement speed, which allows him to quickly line up attacks for maximum effect or lure enemies into traps.

The Cavalier class has the following abilities:

Full Frontal Assault: This is a great flanking ability as you can use it to run through several enemies in a straight line and wind up behind them. If you can’t stun an enemy in time, you can use this to get out of their range.

Furious Flurry: This is pretty much just your basic multi-attack as it hits all enemies within a cone in front of you. The best time to use this would be after getting behind a group of enemies to get the extra flanking damage out of it.

Mounted Charge: It’s the improved version of furious flurry which does more damage and has much better range. It’s great for clearing space or pushing enemies toward other enemies to maximize the effectiveness of your AOE. It can also assist in making space for a Segway.

If you enjoy Ranged classes, the Archer Class in The DioField Chronicle will not disappoint. When it comes to Archer Class, Iscarion will be your only option.

This Archer Class has a reasonable amount of attack damage, and the best part is that you can inflict damage while remaining safe in the back line. However, if an enemy gets to you, you’re done for.

Here is a brief description of the abilities Archer Class has to offer.

Reign of Arrows: This is an AOE attack that also inflicts delay, slowing down the enemies it hits. This can help you slow down approaching enemies and provide you with a few extra seconds to finish off enemies that you have already engaged.

Stun Shot: This ability can inflict stun from a range. This gives you the opportunity to hit enemies without going through the trouble of moving around.

Fan Tail Formation: This is excellent for racking up damage in a corridor area over time. If you can keep enemies within it, this can be extremely effective in tight spots like Bridges and narrow spaces.

The only healer class available in The DioField Chronicle is the Magicker Class. The Magicker Class has the likes of Waltaquin. She can help your team survive on the battlefield.

Here are the abilities Magicker Class brings along.

Hurried Heel: The heel costs only 15 EP to use and restores 30 percent of Max Health, which is a pretty good chunk. It also has a 5-second cooldown, allowing you to use it frequently. You should use it to keep your allies’ health bars above 50% at all times. Otherwise healing everyone before someone goes down is difficult.

Meteorfall: It is an AOE attack with decent damage but what sets it apart from others is the area it covers. Meteorfall can easily hit three or more enemies, even if they are not in close proximity.

Convalescent Circle: This is an excellent AOE heal for your team that has the added bonus of Reviving Fallen allies as well. Convalescent Circle will provide small amounts of health to your units in its AOE at regular intervals until it runs out. This can be a great way to heal your entire party at once in between engagements.