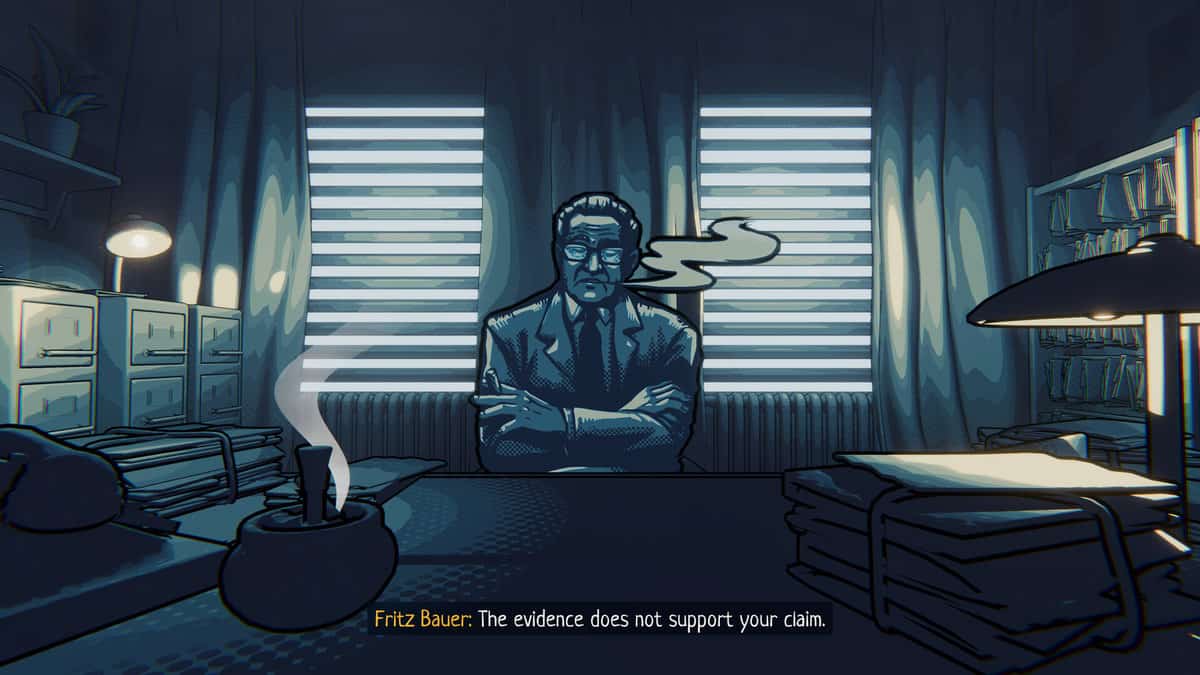 If you have played Through the Darkest of Times from Paintbucket Games, chances are that you are also looking forward to playing the next game, The Darkest Files as well. It’s an historical investigation game with different courtroom cases during the post-war Nazi era. Apparently, there were a lot of crimes committed by Nazis around the war period and you will be addressing those cases as an investigator.

In an interview with SegmentNext, The Darkest Files games developer revealed that all the cases in the game players will attempt to solve are all real and happened in the courts during the Nazi era.

Every case in “The Darkest Files” that the player investigates and solves was actually a crime that took place and tried in the German courts. One of the daily jobs of our game designers is to research these cases and read the legal documents. We are of course fictionalizing them and changing the names of the people. Fritz Bauer, who is acting as a “mentor” for our character, was actually the General Prosecutor of the State of Hessia during the late 50’s and 60’s. Our main character however is fictional.

So while the protagonist if fictional, the cases will be real. One might think that the success of Through the Darkest of times lead to the development of the new game however, as the developer reveals, that wasn’t the case. They had it planned during the first game’s development and they always wanted to tell the story of different Nazi cases during that time.

The idea of developing “The Darkest Files” was there during the development of “Through the Darkest of Times.” We wanted to make a spiritual successor which dealt with the question of “What happened to the Nazis in power after the war?” We’ve always found the legal processes against the Nazi criminals in the young German Federal Republic an intriguing story. The fact that it is still not yet explored in the game genre made us more motivated to develop a game about it.

While discussing the game length, Paintbucket Games revealed that players can expect it to be 10-15 hours long depending upon how they go about it. Naturally, choices are going to play an important role in The Darkest Files. Players will be able to use different approaches towards characters and situations.

The players will be able to choose which witnesses to accuse and with which crime to accuse them with. The outcome of the cases will vary in accordance with the player choices. Moreover, the player will be able to choose how they will treat the other characters with the dialogue choices. For example, they can have a more “demanding” attitude when interrogating the witnesses or they can choose to have a more calm nature.

As for the release date for The Darkest Files, Paintbucket doesn’t have a release date yet however, they plan to release it sometime in 2023.