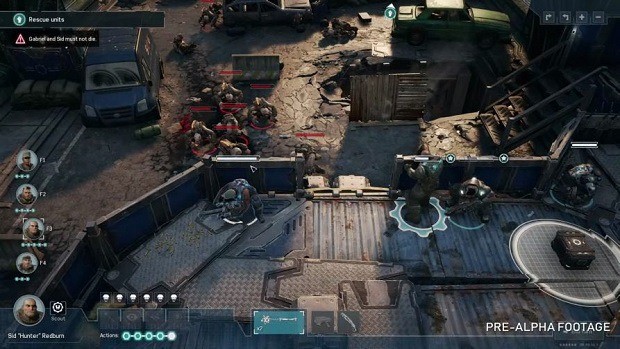 Microsoft and The Coalition revealed three new Gears of War games at E3 2018. Even though Gears 5 stole the show, one of the games that mostly stayed in the shadows all this time is Gears Tactics. Gears Tactics features turn-based strategy gameplay that is quite similar to XCOM. It has now been confirmed that Gears Tactics will also release on Xbox consoles.

When a fan asked about the developer team working on Gears Tactics and whether or not the game will release on Xbox, Rod Fergusson, Studio Head of The Coalition, replied with a confirmation via a Tweet reply. Fergusson revealed that Splash Damage is the developing studio behind Gears Tactics. The Britain-based Splash Damage has previously worked on several Gears games as well, such as Gears of War 4 Multiplayer, Gears of War: UE, Gears 5, and the Halo: The Master Chief Collection.

Ever since its announcement, many Gears fans were wondering whether or not Gears Tactics would also release on Xbox. We got a lot of rumors saying that it would. The game even showed up Razer’s list of keyboard and mouse supported Xbox One games. Back in June Rod Fergusson talked a bit about Gears Tactics during the 399th episode of IGN’s “Unlocked” podcast. During the podcast, he also said that Gears Tactics is going to launch on the Xbox consoles at some point but didn’t give a confirmation.

While replying to the same Tweet, Rod Fergusson confirmed that Gears Tactics will also come out on Xbox. Now, this is very interesting because Fergusson has not made it clear if he is talking about the current-gen Xbox One or Microsoft’s upcoming next-gen Project Scarlett. But there’s a strong possibility that Gears Tactics will also release on Project Scarlett given the history of Gears games whenever a new Xbox console comes out.