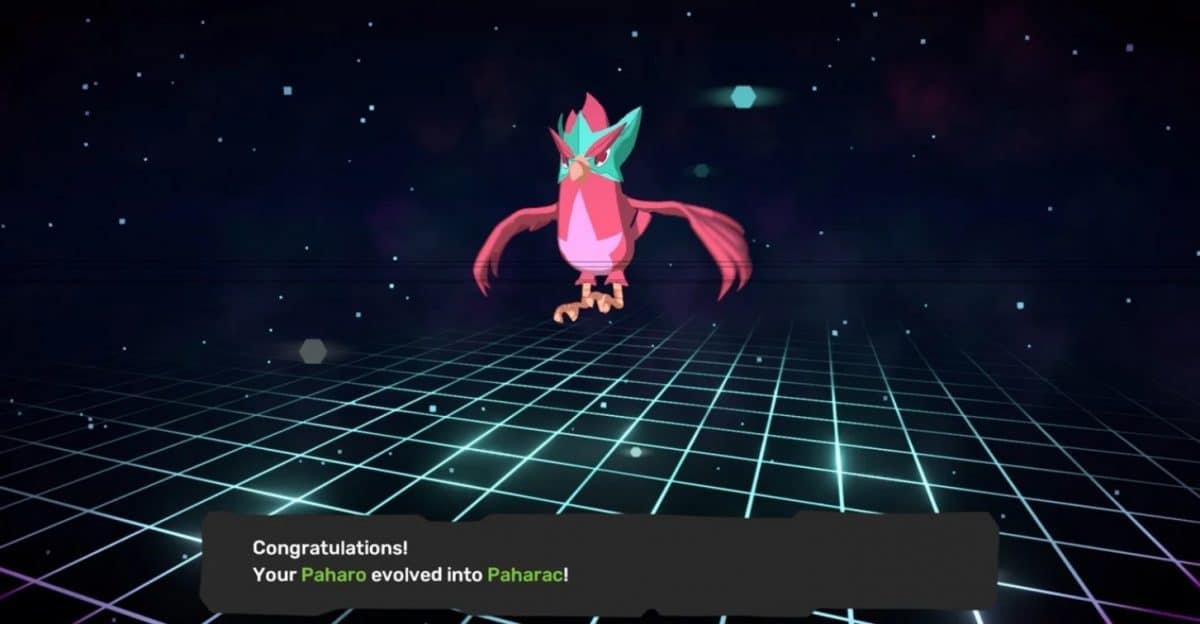 When choosing your Temtem, their evolutionary stages are an important thing to consider. If you somehow don’t already know, each Temtem can evolve through different forms; which increases its base stats and also allows some Temtem to learn new Techniques. This guide contains all the information you need to know about the Temtem Evolutions.

Evolving a Temtem gives a nice boost to their base stats and changes their appearance. Evolving a Temtem requires it to gain a specific number of levels since it was captured. For example, Paharo requires 7 levels to evolve. So, if you catch a level 5 Paharo, it will evolve into Paharac at level 12.

One thing to keep in mind is that you are able to cancel a Temtem’s evolution if you want. Press the escape button on PC, or the B button on Xbox to do so.

Each unique Temtem has its own evolutionary line, meaning that they may have three more forms from their first form, or two, or one, or maybe even none. It goes like this:

Two Stages: Base to Final.

Three Stages: Base to Mid to Final.

Meta-mimetic: Base to Final1 to Final2 to Final3.

Now that you know what evolutions are and how they work, let’s talk about the evolutions for the three starters.

Once Crystle reaches level 30, it evolves into Sherald, all of whose stats are boosted by a decent amount.

Once Smazee reaches level 29, it evolves into Baboong and gains the following stats.

Once Houchid reaches level 29, it evolves into Tental and its stats turn into the following.