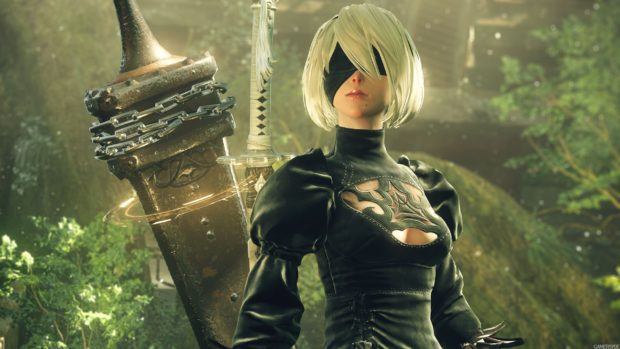 Tekken 7 is nearing its release and fans of the franchise are excited about the game. While, Bandai Namco has confirmed that there will be two guest characters featured in Tekken 7, but the devs are yet to reveal the guest characters. However, it seems that one of the guest characters will be NieR Automata’s protagonist 2B, but fans will have to vote for it.

Game producer and director, Katsuhiro Harada, has sent out a tweet asking fans which guest character they would like to see in Tekken 7. Since then fans have been trying to get 2B to become the guest character for the upcoming Tekken game.

While fans are asking for 2B to be featured in the upcoming Tekken 7, however, Kazuma Kiryu from the Yakuza series is the most requested guest player for the upcoming Tekken game. Kazuya Kiryu is the perpetually stern Japanese martial artist from the Yakuza series, who recently starred in Yakuza 0. This might indicate that we would be seeing Kazuma as the guest character in the game in Winter 2017.

Speaking of guest characters, Tekken 7 will also feature Akuma from the Street Fighter Series.According to Producer Katsuhiro Harada, Akuma is also a part of the Mashima conflict, and he won’t be a guest character in the game.

kuma actually is part of the Mishima storyline in some way. I would also hesitate to call him a “guest character” because he is hardly a guest. He is a formidable foe.