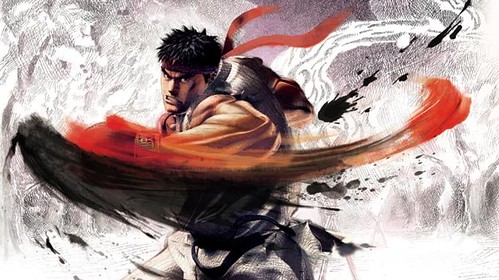 The game is almost the same with 10 new characters (3 of which were present in SF III). Street Fighter is game that is known for it’s competitive gameplay and tons of tournaments are organized for this game around the globe.

The basic gameplay remains the same but there have been a lots of new moves and characters since the first release in the series. Our guide will discuss the basic strategies to improve your overall fighting skills.

Frame Data
By frame data we mean what number of frames an attack will take to be executed. Generally 60 frames pass in each second. Put in simple words, it is gap between the moment the command is executed for any move to the moment it hits the opponent. For beginners, no statistical analysis is required.

Some moves can be analyzed by just looking at them. Basic knowledge about frame data can help you in linking attacks and formulate some devastating combos (combination of attacks). Frame data knowledge (specially of your favorite character) can be vital sometimes in close encounters. But again, if you are a casual player then you can pass it.

Blocking Your Opponents attacks
Most of you already know that the air and ground attacks can be blocked by holding ground while for some crouched attacks (like the common crouch kick), you need to block them by crouching.

Some players in excitement don’t wait for the attack to be blocked completely and execute a premature move. True, SSF4 is fast but patience can be a very useful tool against your opponent. Individual moves or attacks are predictive and easy to block but, when it comes to combos, you really need to be sharp to cope with them.

Types of Attack
There are different types attacking moves like the Overhead, Low and High attacks. Overhead attacks can hit the crouched opponent. Jump attacks can be combined with other attacks. In any cause, if you miss your opponent, (for example you performed a high attack while your opponent was crouching) you are completely vulnerable and can take a lot of damage.

Charge attacks require a charge before they can be executed. They either require back charge or down charge. Guile’s Sonic boom for example requires you to charge back and then press punch button along with forward button. Anti aerial attacks are crucial to cope with opponent’s aerial attacks. Anti aerial attacks either be normal moves like a high kick or special attacks like Shoryuken.

EX moves or attacks are the alternate forms of the special attacks. For example Hadooken is Ryu’s special attack. These moves can be executed by pressing the two attack buttons simultaneously instead of only one. Each EX move consumes one box of your Super gauge.

Just like in Tekken series, you can time your attacks while your are hit or have blocked an attack. It’s similar to counter attacking your opponent (also known as the reverse attack). For example Ryu got a low kick and is on the ground, he (while getting up) can launch a move like Shoryuken and surprise the opponent.

Timing is important so you might need some practice to master these attacks.You can also make a quick recovery after being hit by your opponent. If you press any button except “Up” or two action buttons simultaneously, you can recover quickly instead of lying on the ground for some time.

Focus attacks can cause more damage depending on the initiative. To execute focus attacks you need to press medium kick and medium punch button simultaneously. The longer you hold these buttons the more charged will be the attack and the damage will be inflicted accordingly.

So it is not necessary that a 3 hit combo will cause less damage than a 5 hit. It can cause more damage depending upon the attacks being combined.

Revenge Gauge and Super Guage
Revenge gauge is shown at the bottom corner of your screen beside the Super gauge bar. Once this gauge goes flaming, you can launch the ultra combo you select before the match. The ultra combo meter (Revenge gauge) rises as you take hits from your opponents.

The Super gauge bar at the bottom of your screen tells you that when it’s time to execute super combos. It is divided into 4 parts and they are filled one by one on either by being hit by the opponent or by blocking their attacks.

One thing that should be kept in mind is that Super gauge filled in one round will continue till the end of the match. So it isn’t necessary that you use it in the same round, you can save it for the future rounds of the match.

Try to Read your opponent
A better warrior is the one who knows more about opponent’s weakness than his own strength. The problem here is that you don’t have much time to analyze your opponent’s strong or weak points as it takes few rounds to decide a match.

Best way to improve your game is by play with different opponents. If you are playing with a limited number of players, your predictions won’t get sharp. Once you are able to read the patterns, you can devise your counter attacking strategy to have an upper hand in the match.

Spacing and Movement
Your movements should not be reckless and predictive as most opponents will guess your style and pattern by observing your movements. Distance between you and your opponent is also vital as you don’t want to miss an attack and get punished for that. Some special attacks, ultra combos and special combos can be useful even when executed from some distance.

While other attacks like Shoryuken should be timed precisely or you will get hurt badly on counter. You can use movements to lure your enemy and hence make a mistake. For example, you dash forward showing that you are going to attack but instead, you get back quickly. Your enemy executes an attack which goes begging as you have stepped back. This will open an opportunity for you to attack. So it’s all about timing and composure.

Block Strings
Block string means that your are making your opponent block your combined attacks or chains in series. You can end your chain attacks with a sudden surprise which your opponent won’t anticipate in such condition.

Plan your attacks
Special moves like Ultra combo, Special combo or any other combined attack will cause small damage (also known as the chip damage) even if your opponent blocks it completely. So if your opponent is low on health, don’t hesitate to spend your Revenge or Super gauge to finish the round.

Or alternately, if you have more rounds left to win the match, you can conserve your super gauge to be used in critical situations. SSF4 allows you to link different attacks, you can link them or chain them in different ways. For example a 2-in-1 combo involves a normal attack couples with a special move like Hadooken or Shoryuken.

You can use the training mode to perfect these moves as they are difficult to executes specially during duels.

Stun Gauge
You can’t see this gauge on screen but it builds as you take direct hits from your opponent. This gauge is not same for each character or attack. When this gauge is filled, your character goes dizzy for sometime and you become vulnerable to enemy attacks. Some aerial attacks or EX special attacks can make you dizzy.

Corner the enemy
Cornering an enemy is usually a tough job but once you have managed to corner, you can effectively use your attacks as your opponent won’t be able to move backwards to nullify the effect of any of your attacks. You need to be offensive in this condition but same can happen to you if you aren’t careful enough.

If you have something to say about the basic understanding of the game, don’t hold back.