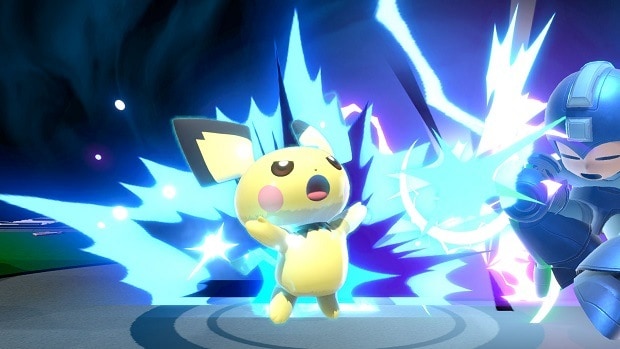 The first step you take in will be in the vein of selecting a character which you can train with and learn the basic mechanics of the game.

Since you will want to invest a good deal of your time on this particular character, you may as well choose one that fits the play-style in your mind and feels fun to play for you as well.

This, ultimately with enough practice and knowledge, will lead you to have a ‘main’ in the game. Therefore, for most match-ups, this will be your go-to character that you are comfortable playing with.

For this purpose, we also recommend focussing on one main, at least in the beginning until you can fully understand the ins-and-outs of the game.

Now we know there are 80 characters in the roster and singling out one can be rather a tough choice, but you are free to try out every character first and see whose playstyle and personality resonate with you.

You can still pick 2-3 characters as your pocket or secondary chars that will help you cover the bad match-ups for your main.

Of course, most will be sticking with top-tier characters since it gives them the best chance of winning, but no character is bad, only perceived so, if you can put time and hard work into it.

Moreover, it is the tier-lists start to matter at the highest level of game-play, not when you are just starting out.

Learn from Wherever you Can

You may think a win streak is the first thing you need to go for but that is where you are definitely wrong.

The process of getting better at the game is a continuous one where every bit of character and match-up knowledge will take you a step further in achieving the victory.

For this purpose, it is recommended to prioritizing knowledge that you get from playing against a friend or a stranger online, rather than caring about the win itself.

You may also benefit from paying a visit to community forums and threads to aid you when it comes to combo executions, properties of different moves and special techs for your character.

A place like the game’s official subreddit is a good place to start.

Other information and resource centers exist at SmashBoards and a whole lot of videos on YouTube including watching high-level play in tournaments to acquire the ‘good’ habits of the game.

Heading to a tournament can also let you learn valuable strategies. Do not shy away from the local scene. Even if you are not at the top of the game, the worst that can happen is that you get ridiculed.

However, keep in mind, with every failure and defeat, there is an insight or reason for why that happened, and that is enough to turn the losses into victories.

Lastly, every match you play, as discussed above, serves as a history lesson of the past. Staying true to this statement, you will benefit from re-watching or replaying your matches and see where you went wrong.

Look for shortcomings and analyses areas where you can improve be it with more knowledge or more practice.

Enjoy the game, have fun with it and learn. With time, you will start to develop a competitive taste for it and that is when wins matter.

Keeping a Check on your Mentality

You may think that making a connection between psychology and fighting games is a bit atrocious, but believe me, it is extremely important to look at it.

Often times, our judgment and ability to adapt to different situations in a fight, are bogged down when we get too excited or too salty.

These emotional states directly affect your game-play since you are more liable to make erratic and unexplained decisions, which you otherwise would not under a clear state of mind.

Since the game can allow many comebacks to happen, never feel hopeless nor too cocky since the tide of the battle can turn around in an instant, just a mistake is all it costs.

Thus, fight until the end with a strong presence of the mind and a willful determination to achieve victory.

The last thing you want is the effects of a video game like Smash get carried over to the real world that can result in all sorts of disastrous scenarios. Respect your opponent regardless if he is an online warrior or a participant at a local tournament.

In the end, there will be a lot of losses, a lot of missed opportunities and a lot of disappointments. You might feel it is over, but it is really just the start. The start of any demanding fighting game experience.

However, like the philosophers say, ‘practice makes perfect’, so in terms of online geeks: stop whining and ‘Git Gud’. Persistence and patience are the keys, with little sprinkles of self-confidence thrown in for good measure.