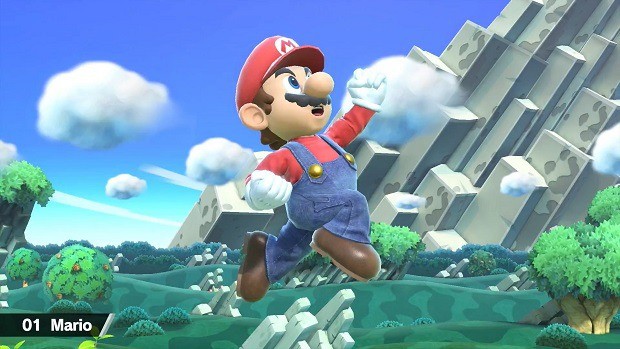 In our Super Smash Bros Ultimate Mario Guide, we talk about what changes have been brought on board for Mario including his moves, combos, playing as Mario, and countering him.

It is no surprise that our favorite character Mario is still part of the Super Smash Bros Ultimate’s roster though there are minor tweaks to his move sets.

As with all veterans returning from Smash 4, Mario’s model features a more subdued color scheme. His clothing and hair now feature simple detailing.

Mario’s standard cap has been replaced by Cappy from Super Mario Odyssey. Cappy’s eyes can appear during Super Jump Punch.

Mario, like many other characters, has been made much more expressive in this game, to an even greater degree than its predecessor has.

In particular, he will sometimes smile and appear whimsical or happy in battle, in line with his canon depiction, although he still looks serious and with angry brows most of the time.

Mario has two new taunts: one where he throws Cappy around in a circle and another where he turns his back to the camera and gives a thumbs-up. They replace his previous up and side taunts, respectively.

Mario’s spin jump victory animation has been altered slightly; he jumps much higher, spins around only once, and has a happy expression after landing.

Mario has come prepared; he has not only come with his traditional blue and red suit that he has been wearing for decades, but he has also been featured with a few new costumes.

Throwback from Mario Odyssey, Mario’s White Wedding Tuxedo and his Classic Builder’s outfit are part of Mario’s wardrobe and will be available to try on at the launch of the game.

They replace his Wario-inspired costume and his Fire Mario costume.

Mario has always been a simple character to play with and the same remains in Super Smash Bros Ultimate, most of his moves have been carried over from the previous game and his arsenal is fairly easy to use.

Mario still has access to the Fireball move and the Super Jump Punch, but he has also been equipped with Cappy. Cappy is a custom hat of Mario, he could use it to assist him in combat.

Mario can throw Cappy in much of the same way as he could in Super Mario Odyssey and use it to jump higher.

Our SSBU Mario Guide, as of now, is work-in-progress. We will continue to add more content in the coming days.