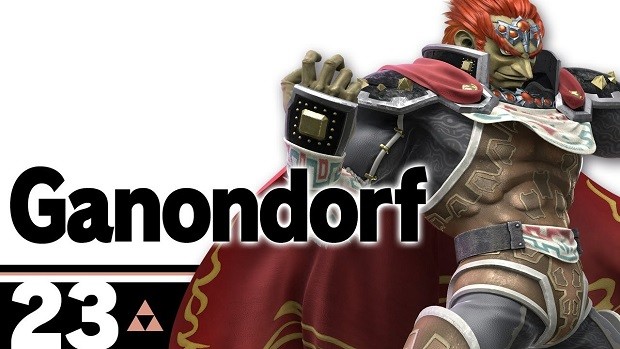 Ganon makes up for the lack of mobility in the damage department. He has always been represented as a pure powerhouse in Smash Bros. If you are a Zelda fan, you will probably want to check this character out.

Ganondorf has increased walking speed as well as increased dash speed. He can jump higher and has greater speed in air, although he is heavier, this improves his already excellent endurance, but makes him even more susceptible to combos.

The universal ability to dash cancel into any ground attack greatly benefits Ganondorf, allowing him to use his relatively quick forward tilt and down tilt while approaching.

This time around, Ganon has come with new arsenal, his up, down and forward smash all have been replaced with a new and improved smash.

His special moves are Warlock Punch, Flame Choke, Dark Dive, Wizard’s Foot and his Final Smash is, Ganon, The Demon King. Ganondorf’s Final Smash is now based on his bipedal form from Ocarina of Time.

Instead of slamming the ground with his body, the Demon King slashes with his swords before rushing forward. When Ganondorf activates his Final Smash, the Triforce of Power briefly flashes on the back of his hand.

Please note that our SSBU Ganondorf Character Guide remains a work-in-progress. We will continue to add more content in the coming days.