State of Decay Won’t Have Co-op, Might Be Exclusive To Windows 8 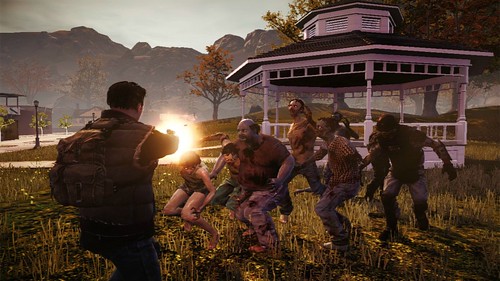 If you’re interested in State of Decay, then I have some good news and some bad news for you. The bad news, is that the co-op mode has been axed from State of Decay.

At least for its initial release, anyways. The good news is that, an mmo version of the game is in the works. Hopefully, this will make up for the lack of a co-op mode at release.

If you’re not aware of what State of Decay is, it’s pretty much Day – Z without the multiplayer. Even though Undead Labs is promising a reactive world that changes based on every action you do or don’t make, I’m skeptical to believe the validity of such a statement.

Many games have boasted the same feature, yet rarely, if ever, has it been delivered. I suppose we’ll find out when the game actually releases.