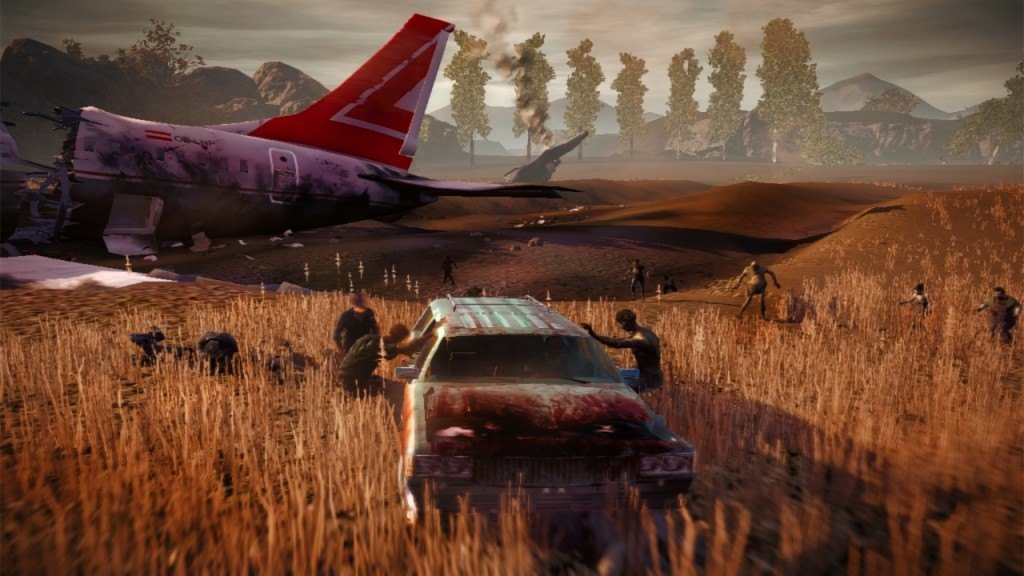 The Wilkerson Missions are not a part of the main story, though they have a story of their own to tell. There are five missions in total for this questline and depending on how you perform you will receive either a new radio ability and powerful weapons, or nothing.

For more help on State of Decay, read our Bases and Research Facilities, Outposts and Survivors Guide.

Mission 1: The Old Farmhouse
This mission begins when you head up to the Wilkerson’s farmhouse to bring back Doc Hanson. He’s at the farm tending to Eli Wilkerson, who has fallen ill. The other Wilkonsons, Job and Mickey, won’t let Doc leave until he’s done.

Soon enough, the farmhouse will come under attack by waves of zombies and you will be hard pressed to defend alongside the two Wilkersons. It’s a pretty tough fight and eventually a Juggernaut will show up so you had better have a big gun to take care of him.

Make sure the nab the firebombs stashed in the container on the ground floor to help you out.

A decent strategy is to keep repairing all but one of the windows. This makes sure that the zombies can only get in from one entrance and you can focus fire there. Thin down the horde this way and when the Juggernaut show up try to keep him from entering the house before the smaller zombies have been taken down.

If you’re having trouble with the Juggernaut, try stepping outside, throwing a firebomb at him, and quickly getting back inside to lock the door again. This will weaken him without you needing to expend ammo.

Aside for that try to get as many headshots as possible to take him down. After the battle, the Doc will tell you that Eli is incurable, and it will be up to you to euthanize him to end the mission.

Mission 2: Accusations
For this mission, Lily will talk to you about survivors being robbed, and will ask you to check out the Wilkersons in case they had anything to do with it. Head on over to the farmhouse and speak with Job and Mickey.

They will deny the allegations saying that if they steal something from somebody, they don’t leave anyone alive to talk about it. Talk with Lily over the radio to end the mission.

Mission 3: A Helping Hand
For this one you learn that the Wilkersons have beaten up a survivor who failed to pay a debt. Return the survivor to his group and he will be grateful, but will ask for your silence on the matter. Soon, Lily will contact you and tell you that a care package was sent to the homestead from the Wilkersons for your handling of the matter.

Mission 4: Nervous Survivor
Lily will tell you that a nervous survivor may need some assistance to start off this mission. Make sure you have at least 5 crates of ammo in your stockpile and head on over to the mission marker.

You will find out that some people from Wilkerson are threatening some from another enclave. You have the option to pay the survivor’s debt, refuse to help or postpone it.

Agree to pay the debt and take the survivor to your base, where they collect the five crates they need to pay it off.

The Wilkerson’s will accept the payment and their trust in you will increase greatly, to the point that they will give you the contact sharpshooter radio ability and depending on whether you lost their trust earlier, will allow you to buy the TMP9, MK.15, and 416 CQB weapons from them.

Mission 5: Unwelcome Guest
For this last mission, you are told by Lily that there is someone at the homestead waiting to meet with you.

Speak to the man and he will say that he comes from an enclave hoping to broker a deal with the Wilkersons and they want you to be there as a neutral third party.

If you do so, the mission ends there.

Head back to the meeting place to find three rucksacks filled with goodies you can collect.