Starlink: Battle for Atlas Gameplay, Release Date, Everything You Need To Know 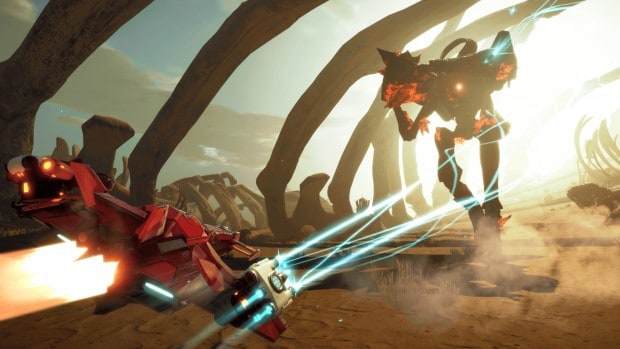 Too excited about the upcoming sci-fi epic from Ubisoft? Let us take that excitement up a notch by shedding light on what you can expect from the game in terms of both gameplay and plot in our guide that lets you in on everything you need to know about Starlink: Battle for Atlas.

Star Link: Battle for Atlas will launch on October 16th with Star Fox as an exclusive FREE experience for the Nintendo Switch.

The game will feature the Atlas star system and the events take a turn when the captain of your ship, Equinox, is abducted by a villain named Grax who mans The Forgotten Legion. This evil dude plans to acquire some ancient technology left behind by a race known as Wardens and how he uses this technology is not quite noble.

This sets the story of the game where you constantly face this foe while you venture to do quests in the expanded star system. You could meet other species of aliens in the world and hire crewmembers that affect both the story and the gameplay.

This will be an open world third person game where players are free to choose how to venture out into the unknown and take on challenges. Additionally, the game can also be played in a couch co-op format with split screen multiplayer, when was the last time you played one, huh?

The game will include a wide variety of planets all with their own sense of geography and the treasures or perils that come with them. Each planet will have its own dynamic weather system and the types of friendlies or enemies you may encounter.

Players can engage in both land and space based combat with different firearms causing different effects to the many types of enemies. Customizing the ship fully is also an option that makes for both cosmetic fun and boosts in gameplay.

Get ready to discover abandoned space stations, enemy hideouts and more in unexpected discoveries. Moreover, you will face a series of tough challenges in the form of waves of formidable enemies as talked about in the off-screen gameplay shown to press.

Lastly, the game has a total of 4 different types of pilots and ships and each pilot can deploy some special abilities or unique skills to change the tide in the heat of a battle. Each time your ship is destroyed, you have a chance to resume from there only if you are able to hop onto a new ship and try out with the second chance you have. Otherwise, you will have to start over.

Alternatively, the game can be played with the option toys-to-life feature that was made popular by Skylanders. For those unfamiliar, this feature refers to the aspect whereby you can use the action figurines to have them projected digitally on screen so it makes for immersive gameplay. The groundbreaking image recognition or RFID technology helps to make this possible. 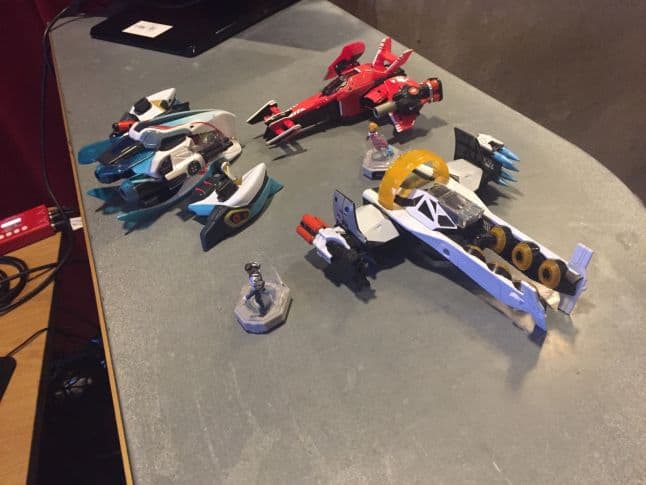 In Starlink, this comes in the form of physical spaceship parts that players can mount on their controllers to have them appear digitally in the game. However, these components or figures are a little expensive with the start pack for the game for Nintendo Switch costing $74.99 that includes a bunch of physical ship parts, in game weapons along with the Fox McCloud pilot, and crew; something we saw at Ubisoft’s E3 2018 conference.

When you buy and attach a physical component to your ship in the real world, they will exist in the digital one even if you have removed or misplaced the parts. You can also buy more parts digitally or hunt for them with the help of your friends.

Nintendo Switch users will get an exclusive bonus in game. In the trailer showcased at E3 2018, we saw Fox McCloud and his Star Fox crew return to take part in epic space adventures. Furthermore, you will also be able to ride in the iconic ships that are part of the Star Fox franchise.

We cannot wait to hear more about Star Fox and the game itself when it launches on Oct. 16 for PS4, Xbox One, and Nintendo Switch.

This is all we know about Starlink: Battle for Atlas. If there is anything else that you would like to add, let us know in the comments section below!