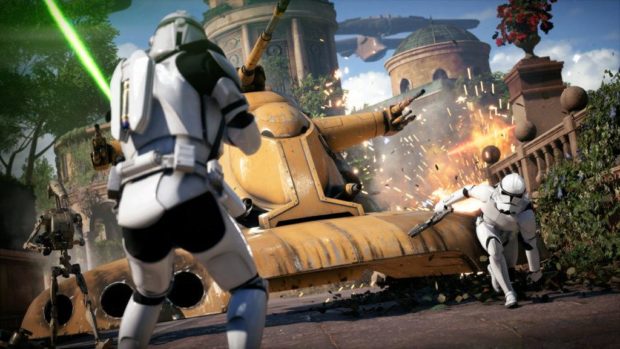 We are aware of the issues that lead players to experience latencies on the game servers. We are currently investigating and will update you as soon as we have more info.

Battlefront 2 has been under heavy criticism for its implementation of loot boxes that potentially lock the progression system.

However, according to a report, originally Star Wars Battlefront 2 loot boxes weren’t this ridiculous and were only meant to have cosmetic items.

The report suggests that Star Wars Battlefront 2 loot boxes were originally meant to have only cosmetic items instead of Star Cards but, the loot boxes were changed by the developers at the request of Disney’s Star Wars division Lucasfilm.

EA currently holds the right to Star Wars IP to develop games, however, EA’s Star Wars license could be revoked as gamers have started an online petition that wants Disney to take away EA’s Star Wars Battlefront 2 license.

This seriously shouldn’t be surprising from the company that has won worst company in America for two years in a row. Lucasfilm, if you cannot see that EA is seriously abusing and harming the Star Wars brand then you are part of the problem.

Star Wars Battlefront 2 is a first-person action shooter developed by EA DICE for PC, Xbox One, and PlayStation 4.