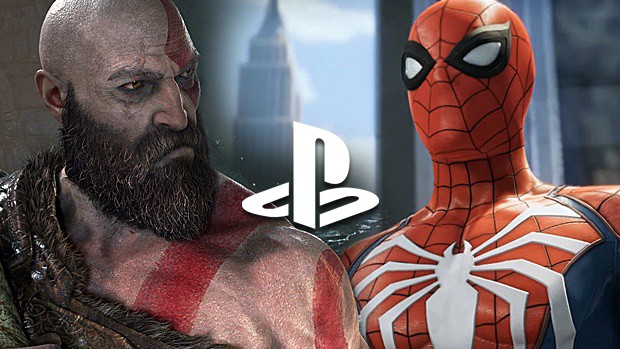 Sony is done with its annual Electronic Entertainment Expo (E3) press conference for this year. The company chose to make a few early announcements during its pre-show, and followed up with an entire hour of nothing but trailers.

Here is a complete recap of every single announcement that the company made during its show.

PlayLink
Certain upcoming PlayStation 4 games will incorporate a new technology that allows multiple players to interact through their phones. Their resulting decisions will impact the experience in significant manners.

Hidden Agenda
The hunt for a serial killer known as “The Trapper” begins later this year exclusively on PlayStation 4.

Hidden Agenda is a collaborative thriller from Supermassive Games, the developer of Until Dawn. While the predecessor involved a group of characters who chose between branching story-paths, Hidden Agenda is designed to be played alone if the player wishes. However, choices can be voted on by friends through the aforementioned PlayLink technology.

Matterfall
The new side-scrolling platformer will release on August 15 for PlayStation 4.

Matterfall is the product of Housemarque, the developer who previously brought us Resogun. Players use “matter-infused weapons” to fight against relentless waves of enemies through every level. In addition, the lead character is surrounded by “smart matter” that can be manipulated to defeat foes.

Knack 2 borrows the same platforming elements from the original, but improves on feedback provided by the community. The company claims that the second installment addresses areas where the first one lacked in. Hopefully, Knack 2 will prove to be anything but mediocre.

The title graced Oculus Rift in December and arrived on HTC Vive only last month. The original version of the action-indie title was released last February for PC by the Superhot Team.

Ni No Kuni 2: Revenant Kingdom
The sequel to the original, which was hailed for its beautiful take on the animation styles of Studio Ghibli, will release on November 10 for PlayStation 4 and PC.

Ni No Kuni 2: Revenant Kingdom will feature the same visual elements but slightly dial back on the cartoon-ish appeal from the first installment.

PlayStation Experience
The massive convention for fans will once again return this year on December 9 at the Anaheim Convention Center in Anaheim, California.

Sony confirmed that it has saved a few announcements for following events. It is possible that we might witness a few surprises to conclude the year.

Uncharted: The Lost Legacy
The gorgeous standalone story expansion for the critically acclaimed Uncharted 4: A Thief’s End received a new trailer to highlight the supposed antagonist as well as a few tense action sequences.

Uncharted: The Lost Legacy will see the return of Chloe and Nadine in another treasure hunting adventure. It will release on August 22 exclusively for PlayStation 4.

Horizon: Zero Dawn – The Frozen Wilds
As promised, a new story expansion will see the return of Aloy in the post-apocalyptic world later this year for PlayStation 4.

Horizon: Zero Dawn – The Frozen Wilds will introduce a new winter-clad area that surrounds a mysterious looming mountain and a gigantic beast that stands guard. Guerrilla Games has promised that fans will experience a greater depth in story-telling, enjoy amazing environments, and great visceral combat.

The footage demonstrated stealth elements, exploration, and rampaging hordes of zombies that can be led straight to villainous humans. The latter was another look at the bridge scene from the original reveal.

Days Gone is still without a release date but could possibly see to a release later next year.

Destiny 2
The highly anticipated sequel will release on September 6 for PlayStation 4 and Xbox One, a couple of days later than the previously announced date.

Due to the partnership between Sony and Activision, Destiny 2 will feature a few exclusive content pieces for PlayStation 4. This includes the “Lake of Shadows” strike, the “City Apex” ship, the “Borealis” exotic weapon, the “Retribution” map, and gear.

A beta is scheduled to take place next month on consoles, and the month to follow on PC.

Monster Hunter: World
A new entry in the popular monster hunting franchise will release for PlayStation 4, Xbox One, and PC early next year. It has been confirmed that the upcoming installment will arrive simultaneously for consoles, while the PC version will release sometime after.

Monster Hunter: World is the first game in the series that Capcom is bringing to a PlayStation console in years. While it enjoyed a good time on PlayStation handheld devices, the series has majorly remained popular and common on Nintendo platforms.

Shadow of the Colossus Remake
The iconic classic action-adventure game will get another re-release early next year for PlayStation 4.

Shadow of the Colossus has already received a remastered edition but is now being completely overhauled with gorgeous new textures and lighting. It, though, has sparked a debate over whether it really is a remake. According to Sony, it is.

Marvel vs Capcom: Infinite
A new host of characters has been unveiled to battle against the threat of Ultron-Sigma in the upcoming brawler.

Gamora from Guardians of the Galaxy, Nova, Doctor Strange, Thanos, Zero from the Mega Man X games, Dante from the Devil May Cry, Arthur, Spencer from Bionic Commando and Black Panther will be the ones joining the roster when Marvel vs Capcom: Infinite releases on September 19 for PlayStation 4, Xbox One, and PC.

God of War
The continuation of Kratos’ journey in the new God of War will begin early next year for PlayStation 4.

A lengthy new trailer revealed a few interesting details about the relationship between the Spartan and his son, who can apparently understand the language of the Norse mythology. A closer look at the combat mechanics concluded with Kratos meeting the world serpent face to face.

Detroit: Become Human
The upcoming narrative-driven adventure game is still without a release date but is maturing to be a fine exclusive addition for PlayStation 4.

A new gameplay trailer gave a closer look at androids, humans with cybernetic capabilities, who are enslaved in a dystopian futuristic setting. Marcus, one of the lead characters in the story, is bent on freeing such enhanced people and will try to stage a revolution that changes the world as they know it.

Call of Duty: World War II
The multiplayer component of the next installment in the military warfare series was showcased for the first time. It actually was appealing, and perhaps had to do with the change of setting.

Call of Duty: World War II will host two multiplayer beta periods, the first in August for PlayStation 4 and the second in September for all platforms. It is on track to release on November 3 for PlayStation 4, Xbox One, and PC.

The Elder Scrolls V: Skyrim VR will not cut any content and “reimagine the complete epic fantasy with an unparalleled sense of scale, depth, and immersion.” It will include all three official expansion packs: Dawnguard, Hearthfire and Dragonborn.

Gran Turismo Sport
The new installment in the racing simulation franchise will release in fall for PlayStation 4.

Gran Turismo Sport was originally planned for release last year. The delay, however, was prompted by the developer to ensure that the quality of the game was not comprimised in any way.

The commitment shown by Polyphony Digital could mean that Gran Turismo Sport might be delayed further if there is need. That being said, the installment is looking to hit shelves this year.

Gran Turismo Sport will run in native 4K resolution at 60 frames per second.

A specific mission from the campaign was demonstrated to highlight gameplay elements. The combat looked incredibly stylish, though a few too many button prompts have caused a bit of concern for some. Spider-Man features great visual fidelity, and the swinging action through the city was very impressive.

Insomniac’s Spider-Man will not tie into any particular cinematic version of Spider-Man, featuring a “more seasoned” Spider-Man than other adaptations, as well as his alter-ego, Peter Parker.