Where To Find Starlight Strand In Slime Rancher 2 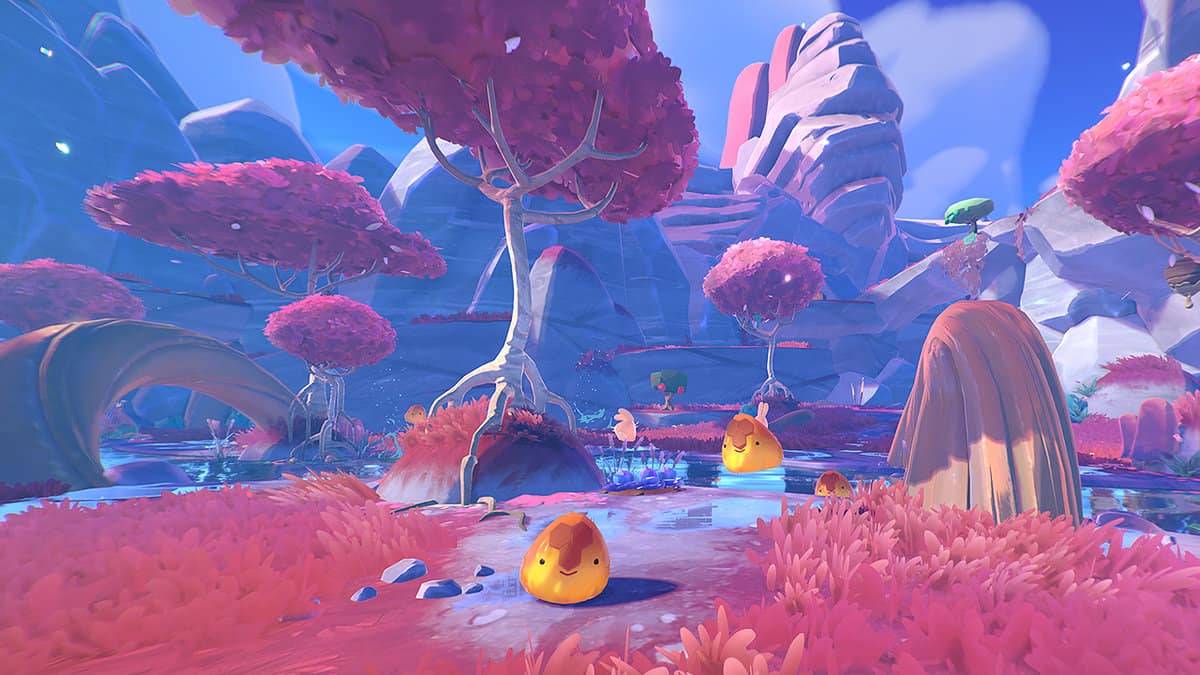 The world of Slime Rancher 2 might be a small one, but it doesn’t mean it’s not as fun. Despite such a small map, you have many areas to discover beyond just the Rainbow Fields, one of which is the Starling Strand area.

It can, however, be a little bit tricky to get to the Starlight Strands area without proper guidance. Hence, in this guide, we’ll be learning where to find/how to unlock the Starling Strand area in Slime Rancher 2.

How to unlock Starlight Strand in Slime Rancher 2

Before we get started on how to unlock or where to find the Starlight Strand area in Slime Rancher 2, you need to make sure that you bring a couple of vegetables with you to feed the Cotton Gordo.

These can be any vegetables you like, but it’s better to feed it its favorite food – Water Lettuce. If you feed it Water Lettuce, it should burst after eating about 15 of them, but if you have carrots, etc. then it might take about 30-40 of them to make Cotton Gordo burst.

Your first step to unlocking Starlight Strand is to travel to where Cotton Gordo resides. This area in Rainbow Fields can be reached by taking a few lefts and heading southwest from the entrance of the Conservatory, as shown on the map below.

Once you’ve reached Cotton Gordo, you should be able to see that it’s blocking the entrance to a cave. The next step now is to move it out of the way, and for that, literally, all we have to do is to shoot vegetables at it. If you manage to feed it enough, it should burst, opening up the entrance to the cave.

At the end of this tiny cave, you’ll find a switch. Interact with this switch and you should be able to witness the demolition of a mountain in the distance. That is the teleporter, which will be our next destination.

Now you need to head out of the cave and circle around to the location marked on the map. 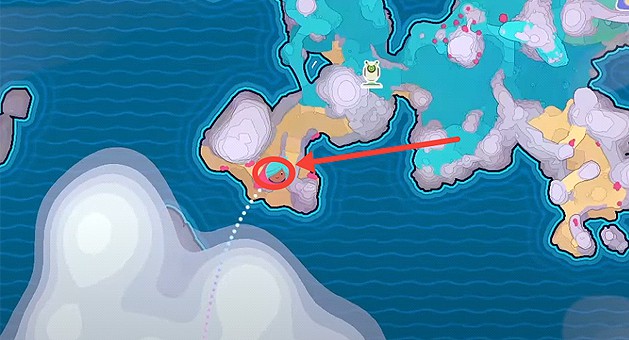 If you head left after coming out of the cave and continue forward and then take another hard left, you should be able to see another cave to the left next to some slime statues.

Go through that cave and reach the other side to find yourself in a ‘beach-y’ area. Just ahead of you, at the location marked on the map, you should be able to see a beacon of light with some small particles twirling around it.

That is the teleporter. Now, all you have to do once you reach it is interact with it, and voila! After a short loading screen, you’ll instantly find yourself in the Starling Strand area.