Where To Find Rock Slimes In Slime Rancher 2 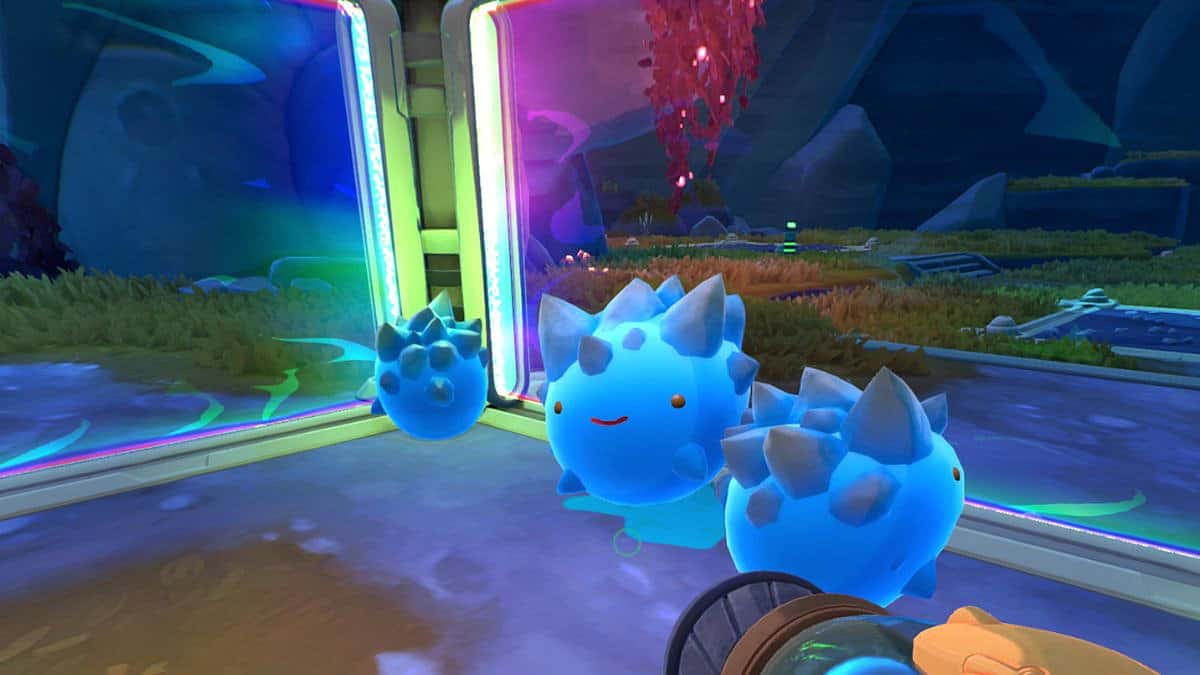 Slimes are gelatinous ball creatures in Slime Rancher 2 that reside on the planet known as Far, Far Range which is located a thousand light-years from the Earth. These creatures are of multiple kinds and provide the player with plorts, gadgets, and additional money.

Rock Slimes are one of the many Slimes that are found on Rainbow Island and as a rancher, it’s your task to find them and nurture these creatures. Since each Slime has its own unique diet, you’ll have to find the best ways to look after them.

In this guide, we’ll be showing you where to find Rock Slimes in Slime Rancher 2 along with tips on how to take care of them.

Similar to Crystal and Batty Slimes, Rock Slimes are also found by exploring the caves in the Ember Valley. However, the entire Ember Valley area will be locked once you start your search for the Rock Slimes.

To unlock Ember Valley, you must head over to the northwestern part of Rainbow Island which happens to be the spawn area for all players in Slime Rancher 2.

Once at the location, find a massive Pink Gordo slime. These large slimes can’t be directly interacted with or moved. However, they can be fed till they explode and unblock the passage that reaches your destination.

Therefore, the best way to deal with these creatures is by feeding them lots of fruits or slimes until they burst into pieces while exposing the geyser for you to stand on. Wait for a couple of seconds for the geyser to burst and lift you upwards.

Upon being lifted, you’ll land on a different location from where you must head left and search for a pedestal to interact with. Once you’ve found the device, use it to unveil a platform that helps you enter the Ember Valley.

Also, one thing you should always keep in mind when hunting these creatures down is that Rock Slimes aren’t your typical Slimes as they start rolling once, they’re approached by someone while damaging the player in the process.

How to take care of Rock Slimes

Rock Slimes are quite aggressive in nature but with the right diet, you can take care of them. Their diet mostly requires vegetables such as Carrots and Water Lettuce.

Although these creatures are veggie-lovers, they have another dish on their menu that is considered their favorite meal and that is the Heart Beet.

In addition to calming them down from their aggressive state, you can purchase a music box to lower their anxiety below the agitation levels.

Once you’ve fed them their desired meal and have taken care of them, you can use Rock Slimes to produce a good amount of plorts and blue metals.