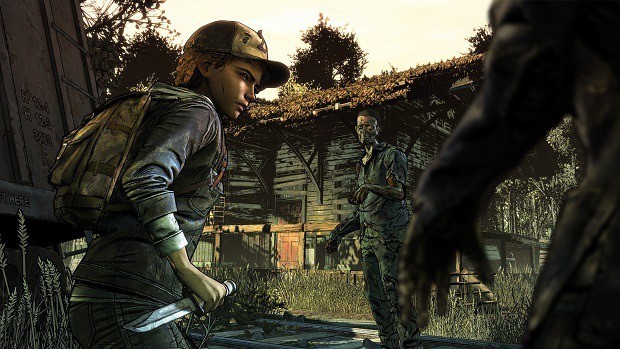 Telltale’s The Walking Dead: Final Season isn’t going down after all. As Skybound strikes a deal with Telltale to finish the remaining episodes. A deal has finally been made after Telltale having the worst time anyone could have ever imagined.

This information got revealed during New York City Comic Con. Kirkman from Skybound games told that the company has reached a deal with Telltale to complete the final season of the game.

We’ve successfully negotiated with Telltale Games for our company Skybound to come in and see Season 4 of the Telltale game to completion.

We can’t lose Andrew Lincoln and Clementine in the same year.

Skybound is looking forward to work with the members of the original Telltale team but nothing is final yet. Skybound Games then confirmed it on Twitter by saying that they will finish the incredible story of Clementine.

It’s good to see someone stepping up and taking the lead. Though it still remains to know if the full team will be back or a few of them.

Telltale lay off resulted in more than 200 people leaving without any severance pay. According to Connors, the team had no option other than to stop production which led to a disaster like this.

It’s being reported that AMC and Smilegate could stop all that from happening. They backed out the last day as a deal was in progress. The team was told that everything was going well and soon they will have a final deal. Instead, both teams backed out one by one before the confirmation of any fundings.

Lionsgate was also interested. They wanted to make a new super show with Telltale but in the end, nothing worked out. So no option remained else than to lay off more than 200 employees.

The worst part of it was that there was no severance pay for everyone who had to leave so suddenly. One of the employees also filed a lawsuit against the company due to the sudden closure of the studio.

Cory Barlog, the director of God Of War is also aware of the situation and he advised Telltale to pay their employees before finishing the remaining episodes.

The Walking Dead: Final Season is now available to play on Xbox One, PS4, and PC.