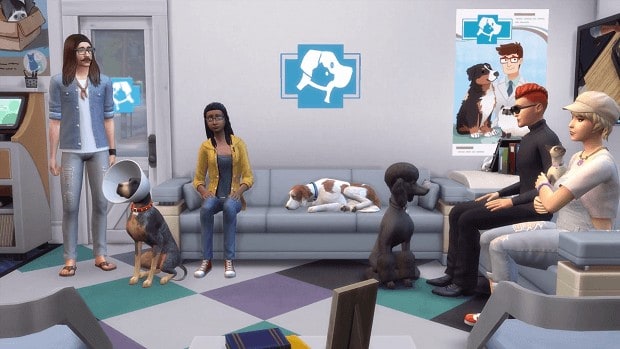 It’s only been two weeks since The Sims 5 was announced, and already it’s technically out on the internet after a hacker somehow managed to break into Maxis’ servers and extract the latest playtest build. The leak was announced on the Sims community website just today, citing trustworthy sources.

Considering that last week there was a special insider playtest for certain Sims fans and a few friends of theirs, it seems like this is the most likely way that the playtest build could have been leaked onto the internet as a person invited a hacker in, though what effect this will have on the game remains to be seen.

The Sims 5 has been eagerly anticipated by the series’ community for years, and even though it’s still years out, that still means that a new entry in the game is being worked on. Of course, with the revelation about the hack, this might have pushed the date back even further.

Apparently, hackers managed to gain access to the playtest build by generating access tokens using a playtester denuvo token, which, combined with the apparent lack of any sort of security on the playtest build, made it extremely easy to break into and duplicate.

We still know very little about The Sims 5 in general, other than the fact that the playtest was developed in Unreal Engine 5, like many other upcoming games. We don’t even know if the game will still be in that engine upon release, and the initial playtest was supposed to be secret, so who knows if EA will make any statement about it.

This isn’t the first high-profile, hotly-anticipated game to have an early build leaked online, either, as a playtest build of Grand Theft Auto 6 was leaked online several months ago. This might mean that we’re approaching a new era of hacking that will have many developers ratcheting up security in order to keep their development processes secret.