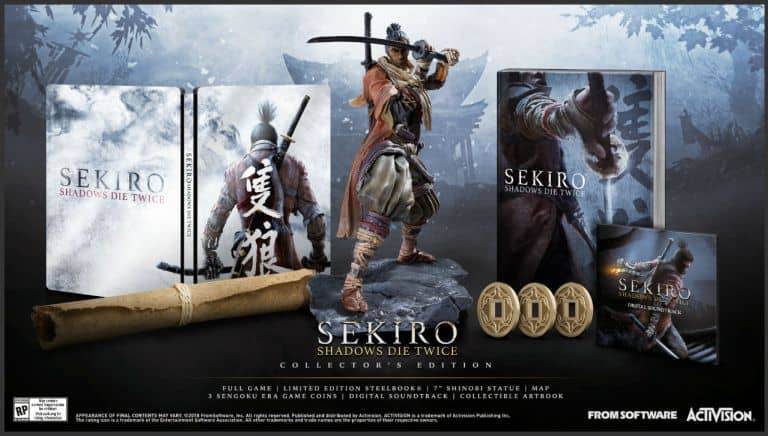 The first day of Gamescom was full of surprises for Sekiro: Shadows Die Twice. Not only did we get to find out new information about the upcoming From Software title and see what its collector’s edition includes, the Sekiro: Shadows Die Twice release date was also revealed. The game is set to launch March 2019 which is sooner than most of us expected.

Earlier today, From Software and Activision announced that the Sekiro: Shadows Die Twice release date is set for March 22nd, 2019 for PS4, Xbox One, and PC. The game was initially revealed back in June, so getting a release date for a game of its caliber this fast is positive, to say the least.

Additionally, Sekiro: Shadows Die Twice got new information regarding its gameplay. First of all, fighting in the game won’t be as simple as swinging your sword at enemies. You will be able to take command of special Sword Arts ta enhance your basic attacks and make combat even more enticing.

Ressurection is a huge part of Sekiro: Shadows Die Twice, affecting both its gameplay and storyline. Activision and From Software pointed that out one more time, in case we thought this would be an easy-going title.

As for the prosthetic arm the protagonist bears, it has a use of its own. You can equip and switch between a variety of unique Prosthetic Tools, according to the enemy you are facing or the task you want to perform.

As if those weren’t enough, a collector’s edition for the upcoming title was revealed. The Sekiro: Shadows Die Twice Collector’s Edition costs $89.99 and includes the following:

Are you excited about the Sekiro: Shadows Die Twice Release Date being set for March? Will you be grabbing its Collector’s Edition? Let us know in the comments below.