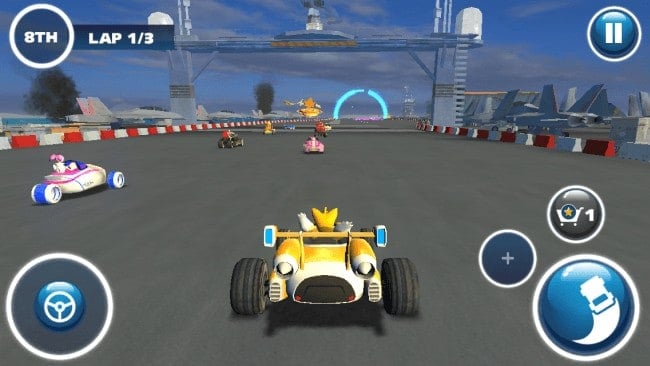 That’s good news for gamers, because the production values of this game are well above the average mobile release. It may require a relatively new device to function though, so look as specifications.

Sonic & All-Stars Racing Transformed is now totally free to download and it’s not planned to come back to a Pay-Per-Download configuration.

Come April 29, Sega will also append the game with some new characters, namely Wreck-It Ralph and Metal Sonic. Wreck-It Ralph was already a part of the main release, but this mobile game needs in-app purchases to survive, so it’s hacking off a little of the content.

Sonic & All-Stars Racing Transformed has some sizable legs that keep it relevant in today’s market, despite being a little older by now. Previously, Sega also finally committed the to a Japanese release.