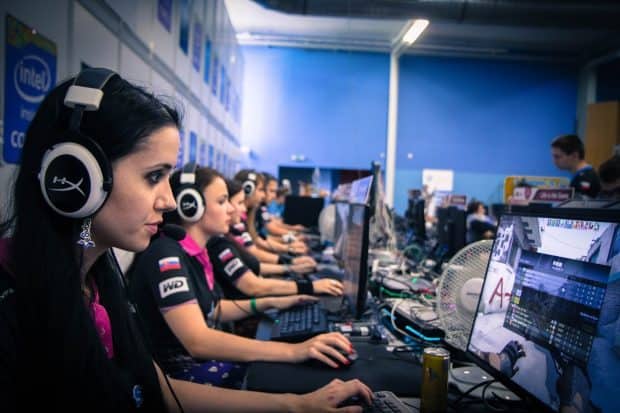 Saudi Arabia has been in the news a lot lately due to the recent rumors that the Saudi General Commission for Audio-Visual Media has banned a lot of games which came from NY Times indicating that it was done due to the death of a 13-year-old girl and a 12-year-old boy who committed suicide after the Blue Whale encouraged them to do so.

Head of Communications at Ubisoft Middle East, Malek Teffaha talked about the recent news saying it’s not true. Blue Whale is an online social game and on the other hand, the list includes some very old games like Witcher 3, Grand Theft Auto V, Wolfenstein 2 and God Of War 1. These mentioned games were actually banned upon release in their respective year but there’s no new ban imposed on these games.

Saudia Arabia and the Middle East has improved a lot in recent years by allowing more amount of games to be released than ever. The above-mentioned games made it to the public including the Witcher 3, which was quite controversial but was still approved.

Head of Communications at Ubisoft Middle East, Malek Teffaha went on Twitter to clarify that the article was poorly researched and there wasn’t any source mentioned so Saudia Arabia hasn’t banned any of these games upon the death of children.

“This article (from @AP) lists no sources whatsoever, correlates banning decisions that are years old, on games that are even older, to recent unrelated events and the ‘Blue Whale’ bandwagon. They didn’t reach out to any publisher or board to clarify.

So no Saudi Arabia hasn’t banned these games after the deaths. They have in fact set up new committees and launched campaigns to help educate people on the threats of cyber bullying and non-adult supervised communication online, especially in regards to children and young teens.”

This tells us that the news was fake and it might be a case in the past but the current situation in Saudi Arabia is a lot different and better for gamers, developers, and publishers.