Ryse: Son of Rome Out On Steam, Save Issues Ensue 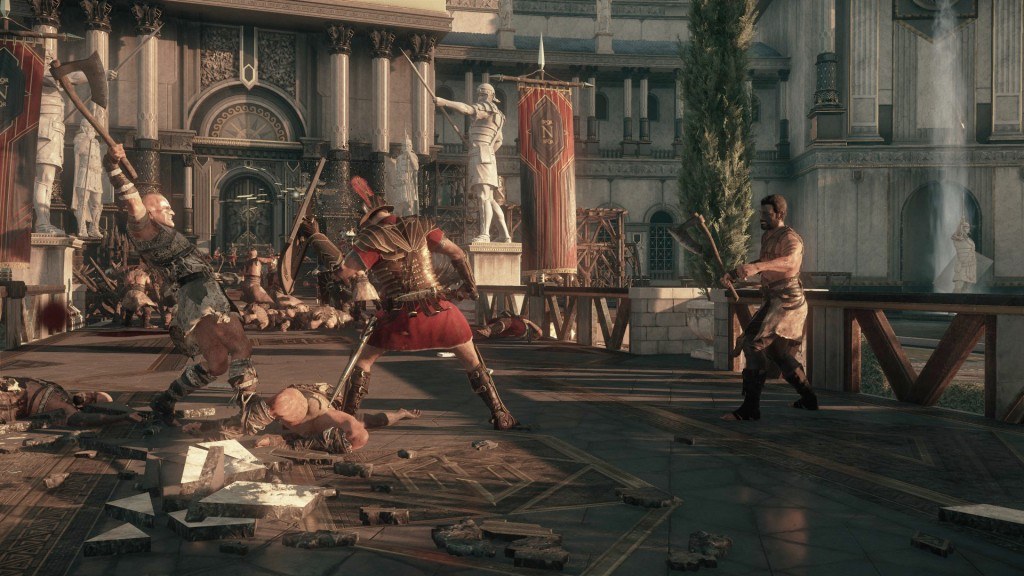 Whether you were waiting for it or not, the day is here that Ryse: Son of Rome is available on Steam. You can go grab it now for €39.99.

In the game, players embody Marius Titus, a Roman soldier whose family is murdered, which seems a recurring theme in plot setups these days. Marius travels to Britannia with the army to enact revenge upon the barbarian perpetrators.

On Steam, Ryse: Son of Rome comes with all previously released downloadable content (DLC) when the game first launched on Xbox One. Furthermore, the game touts 4K resolution possibilities, since this is a Crytek game and that’s sort of their thing.

There are some things to note there though. You’ll need 4GB of video RAM as a minimum requirement to run the game on 4K resolution, which is twice that of the recommended setting.

Originally, Ryse: Son of Rome was a Kinect exclusive, announced at E3 2010 as Codename: Kingdoms. It eventually dropped the motion control angle to opt for quick time events aplenty in a spectacle action game.

Alongside the campaign, the PC release of the game also comes standard with the Arena mode that offers cooperative play. It’s possible to fight side by side against waves of enemies.

Some save issues have plagued the Steam launch of Ryse: Son of Rome. It’s noted that this is due to an issue with syncing to the Steam Cloud. There should be a hotfix that just got deployed, in case you were running into some problems, like lost save files.

Currently, the Steam boards also report on a variety of different issues, but take into account that a launch period is usually met with some, let’s say, exaggeration on there. Still, it wouldn’t hurt to take a look if you’re thinking of picking up Ryse: Son of Rome.