Some exciting but unconfirmed news is circulating around the web right now. It is being said that Sonic Boom Fire and Ice is delayed to Fall 2016.

The delay was already known but we didn’t know when exactly the game will release.

If this turns out to be true, it means Sonic Boom fans will have to wait longer than expected. The news came via a leaked image courtesy of Toy Maker Tomy.

Lately, plenty of leaks have come from Toy Makers. Just recently, a toy maker leaked TitanFall 2 release window, claiming that it will release in Fall alongside themed toys.

So seeing another leak isn’t a surprise at all, won’t even be if this turns out to be true.

In addition to this information, the same leak also mentioned the release date of Mario and Sonic at the Rio 2016 Olympics.

According to the leak, 3DS version of the game will release on March 18, while Wii U version is heading our way sometime in June. 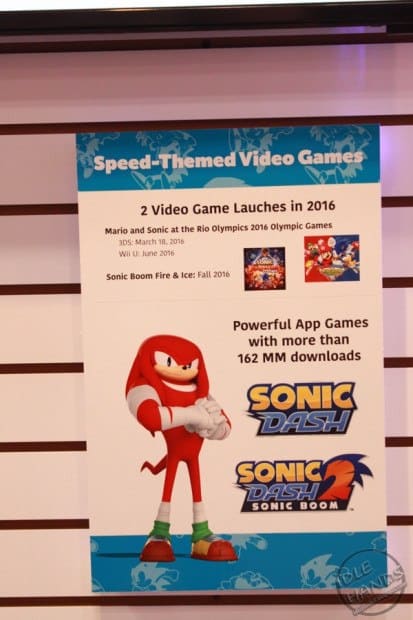 It goes without saying that this information isn’t confirmed. We can’t say for sure if Sonic Boom Fire and Ice release is delayed to Fall or beyond that even.

Nintendo is silent on the matter but we’ll let you know as soon as something new comes up, so stay-tuned.