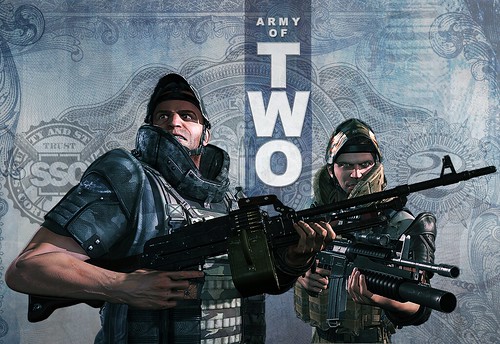 Yet again, some mysterious source through Kotaku has reported that EA is working on an “Army of Two” Sequel. The first game in the series was released back in 2008 which primarily focused on the co-op gameplay. It’s successor (released in 2010), Army of Two: The 40th Day was also based on the similar concept but couldn’t secure the projected place.

Now, as reported by the source, One major change expected is the introduction of 4-player co-op mode. And since the game is being developed by EA, which game engine will be used? Yes, you guessed it right – It’s Frostbite 2.0.

The game was named Army of Two because of two players co-op interaction throughout the game but now since we are expecting a 4 players, does this mean that the game has to be named as “Army of Four”? Just a hunch though. We hope to hear something official about the game from EA’s end soon.