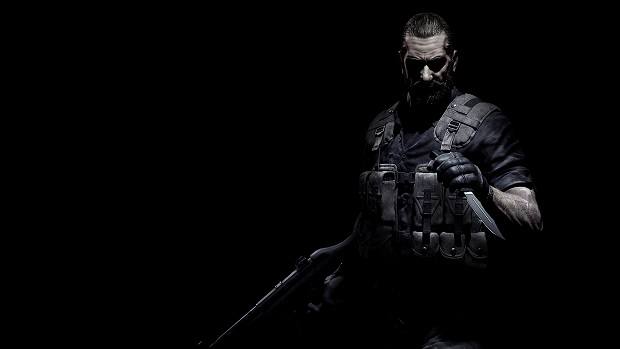 Rogue Warrior is a tactical first-person shooter powered by Unreal 3 technology. Bethesda and Rebellion introduced this game at E3 with some promising details and footage.The game is based on a named personality Richard “Dick” Marcinko, a former United States SEAL and author.”Rogue Warrior” is one of Marcinko’s ascribed nick.

The game begins with an infiltration in North Korea where Dick and his team try to investigate enemy territory for any suspicious activities. Unfortunately, Dick’s teammates die just after the game begins and you (Dick) are left alone with no re-enforcements.

At initial stages, you might feel that it’s a stealth-based shooter but it isn’t.It’s up to you whether you want to kill an enemy with your knife silently or shoot it from distance.I personally enjoy the stealth way of killing ” a Splinter Cell fan”.

But of course you can kill by knife only when there are few enemies around and you have sufficient patience to crouch behind them for a silent ruthless kill.But most of the time you will have to rely on your guns for killing.

You can’t be reckless because of the difficulty level of enemies you face.You often need to find some cover when facing multiple opponents.Enemies keep on moving and if you can’t kill them quickly, they can break through your cover. So you can’t be safe for long periods behind the same cover.

Since the game is set in late 1980’s so no modern weapons are included.King of assault rifles, Ak-47 is in the game which also was my favorite weapon throughout the game. Replacing silenced pistol with any SMG is useful as sometimes your primary weapons run out of bullets and you can switch weapons quickly instead of a reload.

Graphics are not bad but you need to have a powerful machine to enjoy them at full scale. Sometime in the game, you might feel that your gun is lagging and you cannot shift your aim quickly to the next enemy which can be the biggest drawback of this game. Movement of iron sight is also not as fast as it should be.

There is no jumping and no leaning.But you can blind fire your weapon while behind the cover making things a bit easier.Single player campaign length is medium and fps fans can complete it in one sitting.

“Rogue Warrior’s” multiplayer is by far more interesting if any of this game is. A 4 player co-op mode, which makes things a bit enjoyable, there are more than 200 maps (with day and night features) and 10 different game modes to try on these maps.

But you need to have Steam to enjoy its multiplayer features.Since there is no LAN option in the game so forget Hamachi and any other virtual adapter for the time being.