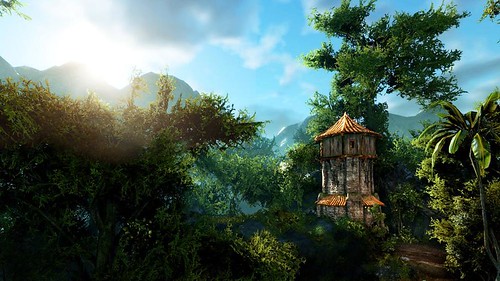 Traders are your go-to-guys whenever you need to buy goods. They sell everything a pirate need. Depending on what you need, they can be found in the different sections of the pirate settlement which are all in this Risen 2 Traders Locations guide.

For more help on Risen 2, read our Skill Trainers.

Barny
Location. He is your go-to-guy to buy firearms such as pistols, bullets as well as the schematics for The Twins. You can find in the western part of the Pirate’s settlement.

Booze
Location. He is the innkeeper from the pirates settlement. He is your rum guy. He also owns the Hand Mirror, one of the legendary items.

Carter
Location. He is the Puerto Sacarico prison guard. You can find him on a bench outside the building. Give him Sturdy clothes (Complete Sturdy clothes quest, part of the Become a Pirate quest-line) and he will agree to trade with you some clothes along with Largo’s Jacket.

Di Fuego
Location. He is the governor of the Island. He sells expensive clothes and if you want to see him, wear a nice shirt (Sturdy Clothes) and go to the biggest building on the island.

Flanningan
Location. You can find him in the west part of the settlement. If you want to buy clothes, pay him a visit but he also has other useful items, you can check them out as well.

Gilles
Location. Look for him near the warehouse on the sugar cane plantation. Talk to him and he will agree to trade with you. His inventory contains a valuable ring, a saw to cut trophies and more.

Osorio
Location. He is the cook in the house next to the governor’s seat. If you want to buy food and alcohol, he is your guy.

Stone
Location. You will find him outside the smithy in the eastern section of the pirates’ settlement. He sells blades and schematics for Scimitar.

Thompkins
Location. You can find on the sugar cane plantation, north of the settlement. He is your go-to-guy for weapons of destruction. Talk to him about hunting and he will agree to trade with you.

Ranapiri
Location. Complete the quest ‘Free Tahana’ and he will agree to trade with you. He mostly sells hunting trophies that are required for voodoo magic.

Kapua
Location. She sells alchemy ingredients and items needed for voodoo magic. She is a witch from the Natives’ Village

Sophia
Location. She sells clothes, tools and jewelry. She is the innkeeper from Puerto Isabella. You will do a lot of quests associated with her.

Cooper
Location. He is the blacksmith on the island and has a wide collection of blades including daggers, epees and sabers. The quest Blades for Cooper is connected with him and you will get blade of the King’s Sword for completing it.

Webster
Location. He is the weapon master. He sells ammunition, fire-arms and schematics. He has the schematics for Seaman’s Shotgun and Fire Cudgel.

Spencer
Location. He is the innkeeper of the port city’s tavern and can be found behind the bar. He sells Bloody Mary and food.

Emma
Location. She is the witch of the port city and can be found in the one of the cottages. She sells most of the magic stuff and also has one legendary item to offer. Furthermore, you can use the voodoo altar at her house to create your voodoo products. She has the Voodoo Needle, a legendary item.

Henri
Location. He is an artisan and sells all kinds of ammunition, pistols and schematics. The quest Shooting Match with Henri is connected to him. He also has the schematics for The Twins.

Quinn
Location. He is a con hiding outside the port city. You can buy stuff thieves need from him. Furthermore, you can buy expensive clothes and weapons. Use your silver tongue and he will reveal his secret stash of items and lead you to two hidden treasures.

You can buy Tavern key for 300 Gold to use in Gibson’s Grave Quest and a Treasure Map for 200 Gold to be used in the quest The Treasure on a Rocky Plateau.