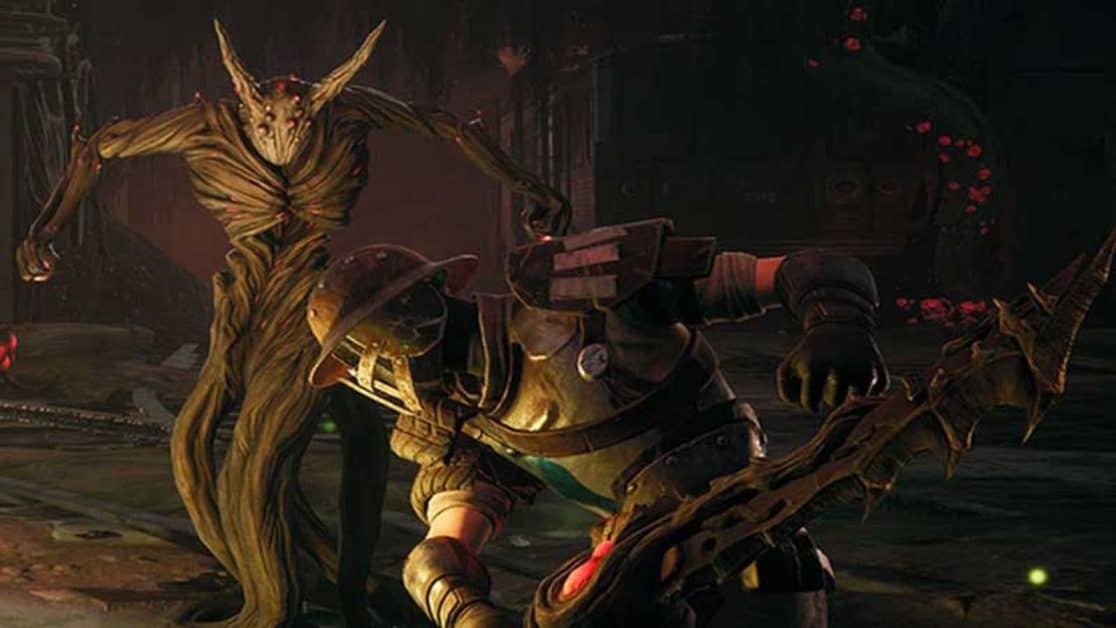 Our Remnant From the Ashes Ward Prime Walkthrough thoroughly goes through each and every step of your way in this Quest so that you don’t have to waste your precious time figuring everything out on your own.

Ward Prime Quest is a part of the recently released Subject 2923 DLC for Remnant From the Ashes. Below, we have curated a complete Walkthrough of this quest, including useful tips for the Harsgaard Boss Fight.

Throughout this whole mission, whenever you’ll destroy a root obstruction and enter the breach, enemies will come at you and attack.

You can knock down the foes attacking you from long-range while the melee-ranged enemies can only be injured as their recovery time is astonishingly small.

So, it’s best if you avoid those sneaky creatures as much as possible.

As soon as you’re inside the Ward Prime, head downstairs and activate the checkpoint.

Now, proceed left, activate the breach to destroy the root obstruction, blocking the door at the end of the corridor.

Hop in from the opening you just created and start exploring the Ward.

Enter the door and you’ll notice a room with a broken window. Use the broken window to get into the room where you’ll find Ward Prime Maintenance Key.

Once you have the Key, head back to the first breach and use it to open the door to its opposite side which will take you to the control room.

Destroy all the root obstructions by using breaches and then, restore the power using the computer in the control room.

Now, activate the first breach once again, destroy the root obstruction to the right of the generator room, and head in.

Go downstairs then upstairs until you’ve found a hole in the wall.

You’ll spot a door next to the wall with the hole. Destroy the door lock through the hole and proceed inside.

There will be a corridor in front. Keeping moving ahead until you’ve found the Ring of Honor from the last room.

Exit the room using the ramp and then take right. With the computer now being completely functional, use them to get inside the Medicine Storage where the Ward Prime Keycard will be waiting for you.

Use the Ward Prime Keycard to get inside the Laboratory. Now, interact with the breaches thrice to be able to unlock all rooms.

Head down and get the Ward Prime Fuse from the room to your left. Return to the first checkpoint, where on the opposite of the checkpoint will be the Main Bay Power Room.

Head inside the Main Bay Power Room, insert the Ward Prime Fuse in the Fuse Box, and activate the power.

Exit the Main Bay Power Room and get inside the room to your left containing two computers and a board game.

Enter the following password in the computer, placed in the middle, 241351, and Press on ‘Unlock Storage Room’.

Inside the Storage Room, you can get your hands on the Machine Pistol. Anyways, proceed back to the first breach and interact with computers to open the blast doors.

Activate the breach and destroy the root obstruction to open the portal for your way back to the Ward Prime and you’ll be rewarded with 2.312 Scrap the Wisdom Trait.

Use the portal to get teleported to Reisum.

Boss Fight
After you’re done with the Reisum map, you’ll once again find yourself in Ward Prime.

Talk to Clementine about you being ready for the big fight and then, activate the breach behind.

Interact with the portal and on the other side, you’ll come face to face with the Boss, Harsgaard. Defeating him will only resurrect him as Harsgaard, Root Harbinger.

So, don’t let your guard down and fight him until he has bitten the dust!

Having done that, a cutscene will play, marking the completion of the Ward Prime quest.