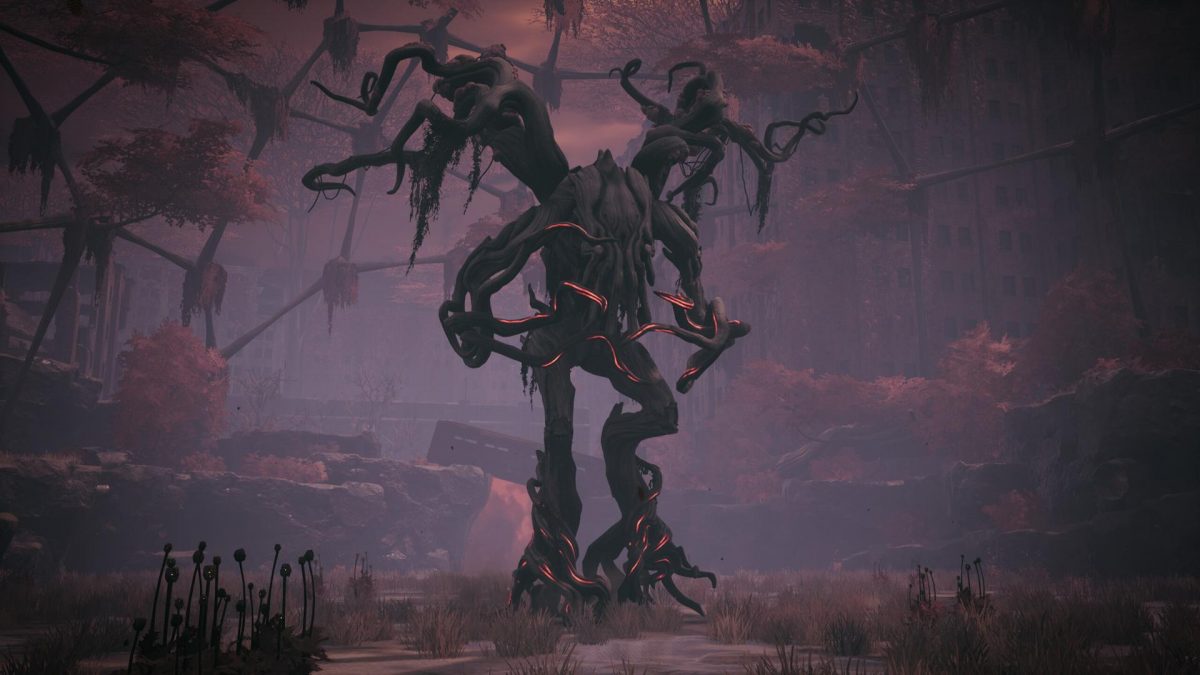 Ent is one of the Earth bosses you would encounter in Remnant: From the Ashes. The fight against this sentinel tree consists of phases and each phase packing a list of attacks that vary in their order of execution by the boss. Our Remnant: From the Ashes Ent Guide will take you through this harrowing fight, due to the variety of attacks that you would be facing. Let us breakdown these attacks and the counters that you should utilize.

Remnant: From the Ashes Ent

Forward Slam: Ent uses arms to create a lined shockwave. This reveals the weak point on his back.
Leg Stomp: Ent stomps the ground to create a large shockwave.
Right Arm Forward Swing: The boss attacks with melee when in close range.
Secondary – Exploding enemies: Two exploding minions appear after a few seconds and rush you.

Mixed Forward Slams: Ent increases the frequency of Forward Slams, it can now either be two or one randomly.
Increased Secondary: Number of spawned exploding minions increases to three.

Mortar Fire: Ent fires projectiles from its’ back as well as spawning three exploding minions. His weak spot is being revealed.

Phase 4(aka “Kill it before it lays egg” phase):

Screech: Screeches out small minions with the axe as well as stunning you for short periods of time.

Facing off against this boss from Remnant: From the ashes requires you to use a diverse attacking plan. Firstly, we recommend you use a hunting rifle as your primary weapon and take a repeater pistol or preferably submachine gun as the secondary. The repeater is quite good against Gremlins and submachine gun against exploding minions. Now we look at how to face off against the attacks for each phase.

In Phase one, the best idea is to roll around to dodge attacks. Time your rolls perfectly, as well as keeping your distance. Close range melee would deal quite some damage so it is best to put some distance between you and Ent. As for the minions, just wipe them out with your secondary.

Phase two does not require much changes to the game plan aside from watching out for the double forward slam. Phase three is where you deal in most damage. Deal with the exploding minions using your secondary and roll around to dodge the projectiles. Since the weak point of Ent is revealed, hit it with all you got!

Phase four is where you really want to focus. You would be dealt some damage but do not give in. Use your magical healing potions and buffs. The exploding minions would be trying to overwhelm you so deal with them first all the while watching out for mortar fire. Try to one tap the minions and damage the boss to the maximum degree as his weak spot would be revealed.

Best of luck with getting through this boss fight from Remnant: From the Ashes and remember, practice makes perfect!