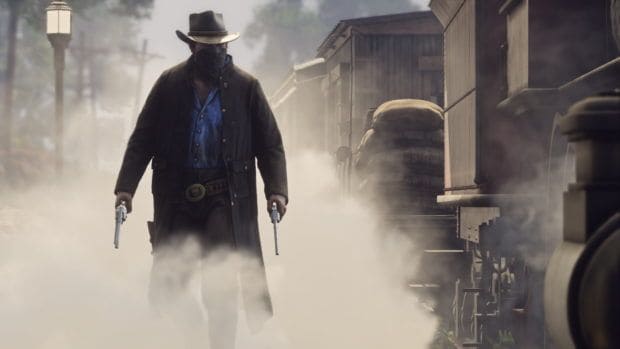 Rockstar has filially addressed the economy issues of Red Dead Redemption 2 Online with their latest update. Starting now, Rockstar is adjusting the in-game price of items and is also increasing the cash and gold payouts.

We also have a great news for those players who already have bought something in Red Dead Redemption 2 Online. Rockstar promises that if you bought something and its price has dropped then you’ll receive in-game currency refund by Monday, December 10.

Below are the main changes and economy adjustments coming to Red Dead Redemption 2 Online :

Increasing the cash and gold payments across a number of different activities including Free Roam Missions, Free Roam Events, replays of A Land of Opportunities Missions, Showdown Series modes and more.

Reducing the prices of most weapons in the Wheeler, Rawson & Co Catalogue and Gunsmiths. For players that have already purchased weapons at the previous prices, we will automatically deposit the difference to player balances starting today – please look for an alert message the next time you log in to the Red Dead Online Beta to notify you of this change, refunds may take up until December 10th to reach all players.

Balancing the values of select pelts, skins and fish as well as horse reviver and pamphlets.

Obviously, it’s just the beginning. Rockstar says that they’ll continue their efforts to improve and balance Red Dead Redemption 2 Online currency. Rockstar wrote: “We are conscious of and still evaluating an assortment of further adjustments based on feedback from the community.”

Rockstar is also working on to fix bugs that cause the players to be kicked from the session. These upcoming fixes will be launched by the next week. The team is also actively looking at all of the feedback and suggestions. As Rockstar says, these in-game gifts will be delivered to everyone by December 14th so don’t panic if you haven’t received them yet.

In other news, Rockstar has confirmed that they have no progress and stat resets planned yet for the game. So it means you can keep grinding to take full advantage when the final version of the game arrives.

Red Dead Online is currently available for everyone to play. The online version of the game is the same as the story mode except for obviously, you can’t pause it. The online mode comes with its own story in which you will be able to create your own character. There are a lot of different activities in the game to do. You can choose to perform side activities, interact with strangers around the west choosing to help or kill them as you like.

If you have just started, then make sure to check out our beginners guide here to know everything about Red Dead Online.

Red Dead Redemption 2 and Online are currently available to play on Xbox One and PS4.