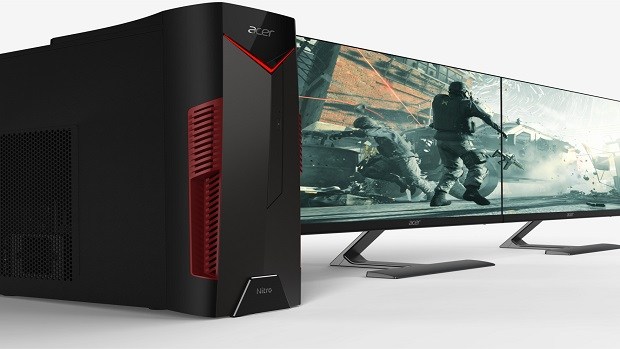 AMD Ryzen 2000 has already been released but the chips that we have on the market are 8-core and 6-core variants. There is a lack of 4-core chips on the market right now and that is where the AMD Ryzen 5 2500X and 2300X come in. These chips are expected to come with 4 cores.

The AMD Ryzen 5 2500X and 2300X chips will most likely be released alongside the B450 motherboards that are expected to be released later this month. While these motherboards are not officially announced by AMD, we did see a few of them from partners at Computex 2018. The AMD Ryzen 5 2500X has been leaked by Acer and it seems to be one of the chips that will be powering one of the pre-built PCs that Acer is going to release soon.

The specifications of the upcoming Acer Nitro N50-100 are as follows:

The AMD Ryzen 5 2500X specifications reveal that the CPU has a base clock of 3.6 GHz and it would be safe to assume that the chip will be able to boost to close to 4 GHz if not more. That is what modern chips of 2018 are capable of. Other than that, the graphics card included in the system is also from AMD. The AMD RX 580 4 GB. While the 8 GB model would have been appreciated, I guess 4 GB is decent if you are playing games at 1080p.

Furthermore, you do get a decent size SSD for quick boots and faster loading and you get a TB of HDD storage. This should be plenty for your games. As the core count is lower, the AMD Ryzen 5 2500X should be priced accordingly as well. With the B450 motherboards coming out, mainstream users will have plenty of options to choose from.

This is not the first time that we have heard about the AMD Ryzen 5 2500X. We previously found a benchmark for the CPU that revealed decent performance. Other than that we have also talked about other chips coming out for mobile that have yet to be released or announced officially.

Let us know what you think about the AMD Ryzen 5 2500X and whether or not this is something that you are interested in getting.