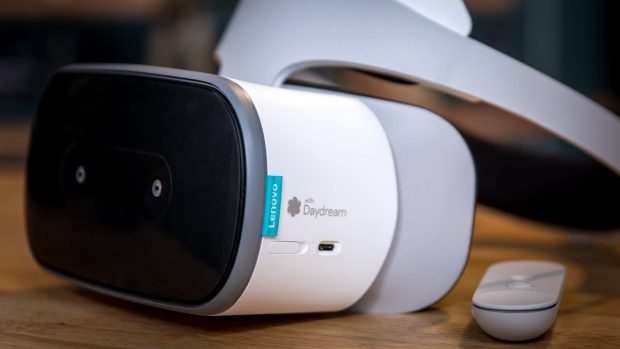 PSVR has been quite popular among the PS4 users. However, Sony has licensed its PSVR design to Lenovo to base its own VR headset on PSVR. According to Lenovo, its upcoming Mirage Solo VR headset is based on the PSVR design.

It is unclear as what Lenovo requires from the PSVR design to implement it on its very own VR headset. Interestingly, Lenovo’s Daydream Mirage Solo already uses some of the design elements from PSVR.

As noted by Roadtovr, the reason for the license deal could be for both companies to share their designs as they move forward to next-generation of devices.

Furthermore, Lenovo Vice President Yao Li noted that the agreement will enhance the design sophistication. He added that the “rapidly expanding VR field, and is an outstanding example of how great consumer brands in the VR industry can work together to benefit the consumer VR market”.

However, it will be interesting to see what Lenovo will bring in the form of Mirage Solo VR headset. Also, this patent license agreement will last for two years.

The compromises made to “quality of experience” for cheap VR headsets is greatly responsible for it. These VR headsets can expand the user base but, they can’t retain it.

According to Palmer, judging the success of Virtual reality hardware by its sales is a useless metric. The only thing matters is how many users are continuously using it.

Furthermore, it seems that Red Dead Redemption 2 is coming to PC with VR support. While we are wondering if the game will come to PC, the companion app has hinted that it will.