According to a recent report from AMD, the company shipped over 50 million semi-custom SoC – PS4 and Xbox One – worldwide in 2015 alone.

The company has further stated that the sales of both PS4 and Xbox One significantly increased in 2015 as compared to 2014. In addition to this, the company expects the sales to grow even more in 2016 with further ASP decline.

Speaking of the sales in 2016, AMD has stated that sub-$300 USD pricepoint will help both Microsoft and Sony drive more sales: 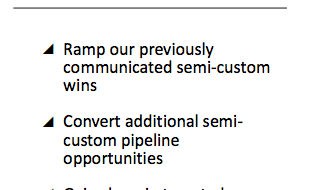 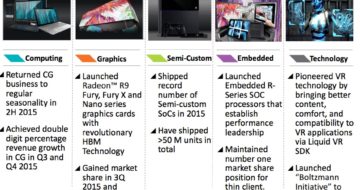 PreviousNext
AMD has also confirmed that PS4 + Xbox One is about 20 million ahead of where Xbox 360 + PS3 were in the same timeframe. Last but not the least, the company has also confirmed that they expect a big semi-custom SoC to begin shipping in the second-half of 2016. While this does not confirm anything, can it be Nintendo NX?

The stats are looking good so far and with everything coming out in 2016, I expect the year to be even better than the last. This will certainly comfort publishers like Square Enix who initially thought that the two consoles would eventually flop and only placed their bet on Free-to-Play games and PC:

Free-to-play games, mobile games, and the PC were considered the future. Nobody wanted to invest in new intellectual property, and Square Enix especially wanted to make its old IP online-only experiences, expecting micro-transactions and piecemeal episodic content to be the only way to go.