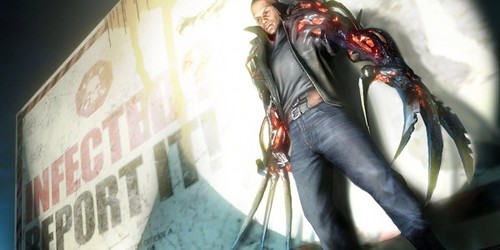 Like many other games, Prototype 2 launched late on PC. The game is out now for PC gamers and the fans must be enjoying it already. But, there might be some PC users out there who couldn’t manage to run the game properly due to some game breaking bugs and other technical issues which we will fix in this Prototype 2 Errors and Fixes Guide.

If you are among those unlucky few, follow our workaround guide to fix the most common issues.

#1 ‘Prototype2.exe’ has stopped working
To resolve this issue, you can try out the following methods:

#2 FPS Drop Fix
If you have been experiencing drastic drops in FPS then you can try out the following fix to resolve the issue:

Put the command as launch options in steam “windowed windowwidth=1920 windowheight=1080” without the quotes.
Launch the game again to see difference. And if your PC is not good enough to run the 1920*1080 resolution then you choose the lower resolution value.

#3 How to Fix the Refresh Rate Problem
Just like the FPS drop fix, you need to add the command “RESOLUTION=1920×1080@60” in the Steam Launch options. This will give you the appropriate refresh rate in the game.

#4 Mouse Fix
If you are facing the mouse lag then it is recommended that you try out these drivers for AMD cards. The mouse lag must be refined at least till you restart your PC.

#5 Prototype 2 – Game is Stuck During a Mission
You may face the issue especially during the early tutorial session of the game. In that case, you can do the following:

#6 Prototype 2 Shadow Rendering Issue
The same issue as was found in Prototype where he shadows don’t seem to render properly which also results in render lag. This happening only with Radeon Graphic cards and as for now no fix has been found.

#7 Cannot Complete Mission Flytrap
On some Pc configuration you can play this mission but lucky there is an authentic fix. Just do the following:

#8 Prototype 2 Performance Degrade Over Time
The game seems to have a memory leak issue which can be fixed by:

#9 Unplayable Frame Rates on AMD Card
Apparently if you are using Crimson Driver you will not find the game payable at all. This happens due to Catalyst interfering with the game so you have to disable the catalyst as follows: For Window 7

# 10 No Audio During Gameplay
This bug is caused by Dolby surround setup and you can fixed it by changing the sound option to Tv from Home theatre. For this go to options and then in Audio.

#11 Glowing Outlines on Character
Disable Antialiasing to get rid of this annoying bug.

Connecting USB keyboard or other input devices may result in game crashes. This can be fixed as follows:

#14 Way Points Don’t Trigger and Cant Use Air Bridge.
This happens usually when the game crashes in the middle of a mission. Try the following fixes:

If you can’t find what you are looking for, ask us in the comments below and we will try to help you out!