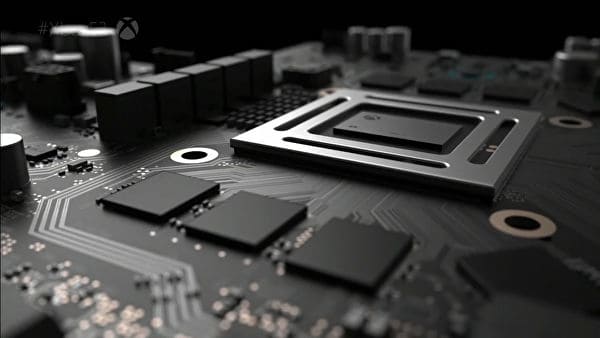 Microsoft may not have officially revealed anything yet but it seems like this week, we will finally be getting out first solid bit of information regarding Project Scorpio specs.

According to a number of tweets recently, Microsoft’s Xbox division is seemingly gearing up for an announcement regarding Project Scorpio specs. Although, it seems like they will not be the ones revealing the information, instead that task might be up to Digital Foundry.

Jez Corden, a senior editor at Windows Central recently hinted in a tweet of his that on Thursday, 6th April, some new and exciting new information regarding the upcoming Xbox console will be revealed.

While there is no word of Microsoft holding a conference, Twitter user The Inner Circle mentioned hearing that that Project Scorpio specs will be revealed on 6th April by Digital Foundry, a hardware focusing division of Eurogamer.

Whether the information revealed will just include the hardware specifications of the console or will there be something more remains to be seen.

Considering that Project Scorpio is set to launch later this year, it is possible Microsoft might hold off on the bigger announcements till E3 2017 and beyond.

However, sharing the hardware specifications of a console which is being advertised as a 4K machine is a right move at this point to generate hype.

Another new bit of information regarding Project Scorpio was also revealed earlier today.

It seems like the dev kits of Project Scorpio feature front LCD displays capable of showing real-time data to developers to help with programming.

While the excitement for Project Scorpio continues to increase, with companies like GameStop further fueling the hype train, those expecting something similar to a PC should keep their expectations in check.

Xbox boss Phil Spencer has said that consoles which can be upgraded regularly like a PC are not in the works yet since these machines are designed to be liked plug-and-play devices.