Problems Continue for Steam As Rage 2 Ditches The Platform As Well, Won’t Sell Through Steam 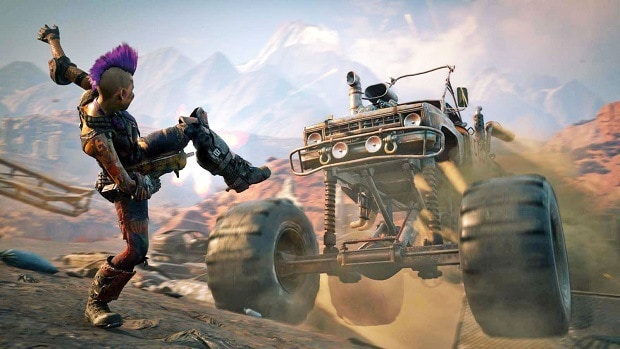 Steam is in some hot water right now as many of the big companies are leaving the platform. Activision doesn’t sell Call of Duty on Steam anymore while Epic Games has shifted to its own platform as well. Bethesda, on the other hand, sold Fallout 76 through its own platform and according to the latest from the company, RAGE 2 will also be exclusively available through Bethesda.net.

Such moves will encourage other publishers to change their distribution platforms to get a better share of the revenue. While Steam has made changes to the revenue share agreement, it doesn’t seem to be enough to keep big publishers on its platform. On top of this, Epic Games has directly challenged Steam with its own store.

Epic Store is coming in guns lazing at Steam, two free games every month, 88% of revenue for publishers, and a platform that is both user and developer friendly.

It is would still take a long time before Epic manages to put any significant dent in Steam. Epic Store is a long-term venture for Epic for the PC gaming market. During a recent interview, Tim Sweeney was asked if Epic Games plans to dive into the console market as well.

Consoles are a different market, with dedicated game machines whose hardware costs are often partly subsidized by software revenue. Epic doesn’t seek to operate a storefront on console platforms, but as an engine maker, we do everything we can to enable cross-platform interoperability.

The store is now live with a select list of games but more titles will be added in the coming year as Epic is in the middle of making exclusive deals. Meanwhile, Steam’s new revenue share policy looks like it’s structured to benefit only big publishers while smaller ones would still be sharing 30% of the revenue.