Portal Reference in CS:GO is Nothing More than an Easter Egg, But is it? 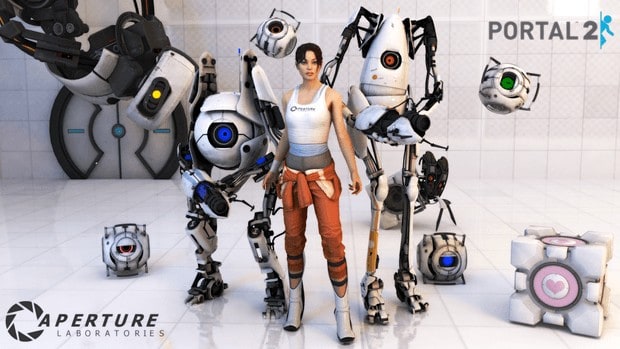 CS:GO players are having a lot of fun lately thanks to the addition of Battle Royale mode called Danger Zone. Now that’s not all as CS:GO has also gone free on Steam. With all that aside, Valve Software managed to tease the fans of Portal by including an easter egg in CS:GO Danger Zone mode.

Every CS:GO player believed that they have found a Portal game related ARG once again but Valve has now confirmed that it’s nothing more than an easter egg. It all started when a Youtuber channel called Valve News Network started gathering different clues in the game that point to another ARG reveal.

The first clue was found in CS:GO from Room 3 in the latest Danger Zone map called Blacksite. It’s an inaccessible room but later a secret entrance was found. Inside that room, players found different computers revealing a code.

Redditors then took it seriously and tried to deform the code. They later discovered that this code translates into the song called “Still Alive” which is the first lyrics of the ending song in Portal game. “This was a triumph, I’m making a note here: HUGE SUCCESS.”

CS:GO then took it to Twitter to calm the confused fans.

Congrats to all who have found our Portal Easter egg on dz_blacksite! We’re just having a bit of fun and the Easter egg is not a product announcement. Enjoy Danger Zone!

To confirm it furthermore, Valve News Network’s Tyler McVicker on Twitter posted a screenshot. He asked Gabe Newell himself about this easter egg or the possible release of Portal 3. Gabe Newell replied by denying all the rumors.

Now that’s it, all our dreams are kind of shattered. Though do note that it could be Valve’s way of misleading the players once again. Valve is known for ARGS in the past so we would like to wait some-time more.

The concurrent player count of Counter-Strike: Global Offensive has now reached the highest numbers since January 2019. The addition of battle royale mode in CS:GO is Valve’s response to the global phenomenon like Fortnite.

Though obviously, the game sticks to the core mechanics of the game and allows you to have the best of both worlds.

That’s not all, since the arrival of battle royale mode, CS:GO has also reached the highest concurrent amount of viewers on Twitch.

Portal 2 was the last game in the series which released back in 2011. It’s been so many years so Valve might be just trying to see if the fans still want a new Portal game or not.