Pokemon Sword and Shield The Bird Pokemon of Legend Walkthrough 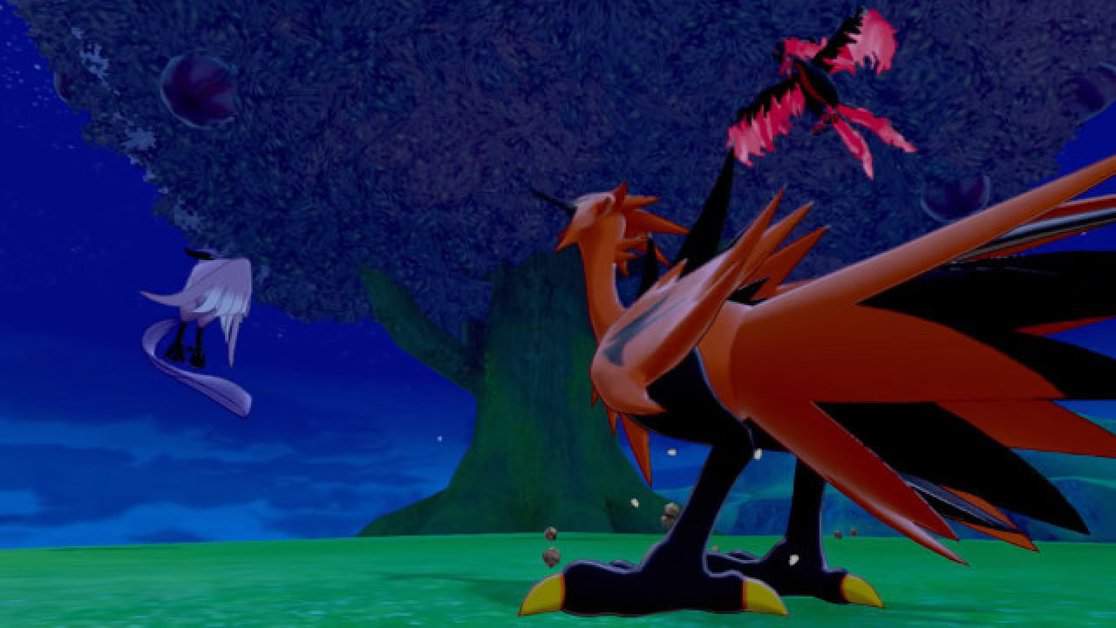 In this Pokemon Sword and Shield The Bird Pokemon of Legend Walkthrough, we’ll tell you where to find the three birds are and where to find them and capture them once they fly off in The Crown Tundra.

One of the three paths that you can take in the DLC will lead you to freeing the three birds in the south of Crown Tundra.

These three birds are found in the Dyna Tree near Ballimere Lake. You’ll get there when you cross the river near the Old Cemetery.

The three birds are Moltres, Zapdos, and Articuno. Once you’ve freed them and they’ve flown off, you’ll be required to find them and catch them again.

More commonly recognized as the Orange bird, this bird will fly off to the Wild Area.

And this is precisely where you would be heading to capture it.

This is the easiest bird to catch, given its draining stamina. Run behind it, and it will eventually start to slow down, and this where you lay your trap.

The Black bird will fly off to the Isle of Armor. Look for it in the Fields of Honor and Soothing Wetlands. You cannot capture it without a battle.

The bird is fast and likes to fly over water. Cut it off somewhere on the land and then challenge it to a fight.

Of all the places this Purple bird can explore, it has decided to stay back in Crown Tundra. It can be found through its cries that echo through the land.

If the cries are getting louder, you’re heading in the right direction. Wait for it to come closer to the land and then initiate a battle.

Also, it is capable of replicating itself. Therefore you’ll have to find the real Galarian Articuno.

An updated Legendary Clue 3 will be your reward for the battle.