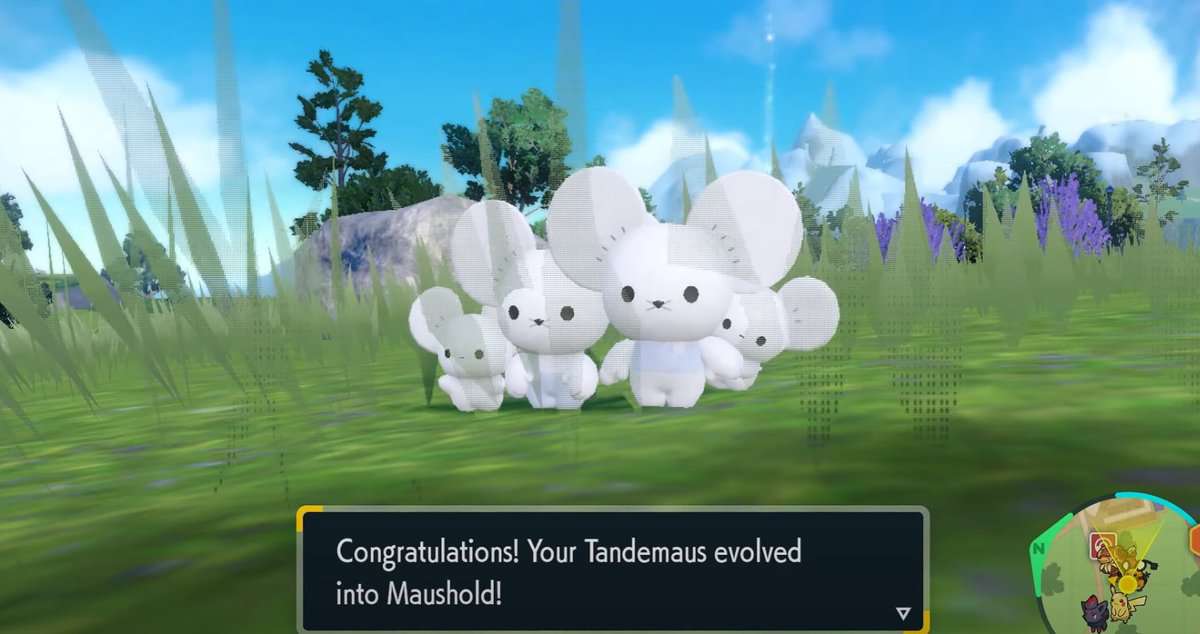 Tandemaus is a cute new addition to the pokemon roster as a 9th gen Pokemon in Pokemon Scarlet and Violet. As the name suggests, Tandemaus is a tiny mouse Pokemon that can further be evolved into Maushold in Pokemon SV.

If you have caught yourself a Tandemaus and are interested in evolving it and expanding the Maushold (see what we did there?) allow us to explain how to evolve Tandemaus in Pokemon SV.

How to evolve Tandemaus into Maushold in Pokemon Scarlet and Violet

Tandemaus are two Mice living like a family and their relationship is still unclear. They can be evolved into Maushold with a family of three or a family of four and what you will get is completely random.

To evolve Tandemaus in Pokemon Scarlet and Violet, all you are going to need is a Tandemaus that is above level 25. To achieve this level quicker, you can use EXP or Rare candies. Pokemon SV has also implemented a new way of getting XP. You can simply involve the Pokemon in auto-battle and it will farm the XP.

Once you achieve that level you can get into a battle with another Pokemon in a pretty standard way. Attack and faint the opponent and this will evolve your Tandemaus into Maushold. One thing to note is that Tandemaus will only evolve if it levels up during that fight.

Whether you defeat the opponent at the hands of Tandemaus or any other Pokemon, it does not matter.