How To Catch Great Tusk In Pokemon Scarlet And Violet 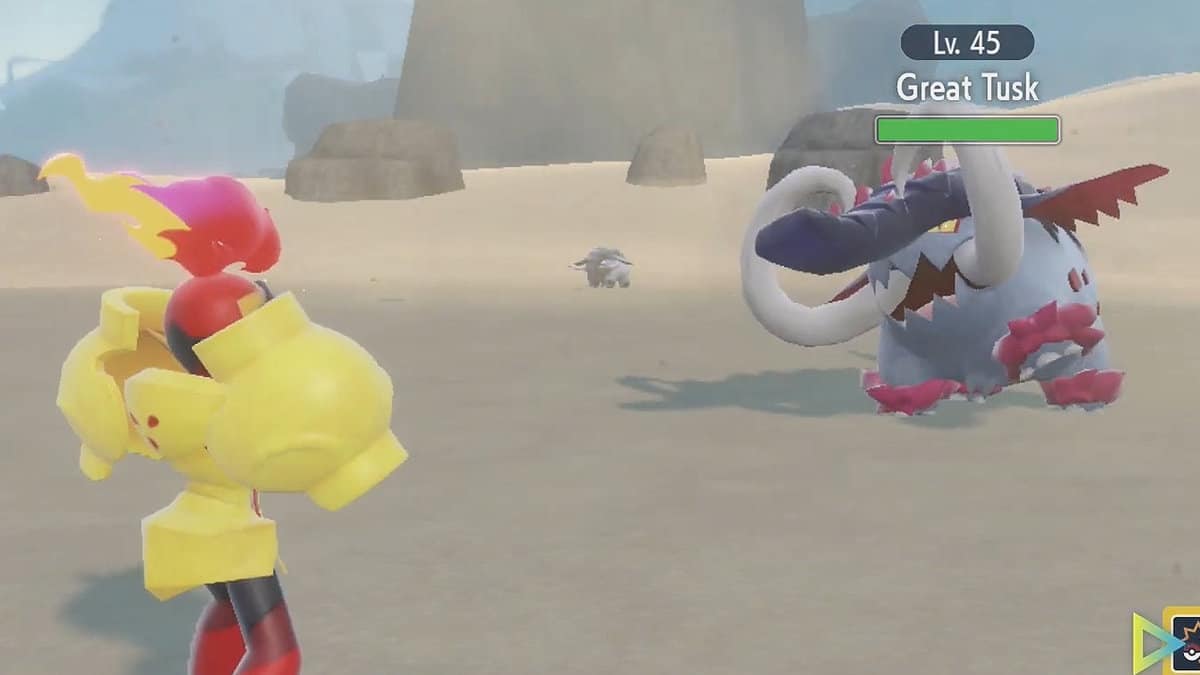 The Great Tusk is part of the newly introduced Paradox category in Pokemon Scarlet and Violet.

You might find that Great Tusk has a high resemblance to the Armor Pokemon, Donphan. But both are not related.

Additionally, you can only find Great Tusk in the Scarlet version of the game, as it’s exclusive to the Pokemon Scarlet.

This ground-type Pokemon has some great stats, and one must know where to find it in the world of Pokemon SV.

This guide will ensure you know how to catch Great Tusk and take advantage of the powers of the Pokemon.

If you are set on catching Great Tusk, head out to the Asado Desert and start exploring the Greater Crater of Paldea in Area Zero.

While the spawn is random, you have a higher chance of encountering a Great Tusk if you make your way to the right side of Porto Marinada. Great Tusk is only present in this area and cannot be caught from any other part of the game.

The chances of Great Tusk spawning are also scarce, and you might have to wander around, waiting for it to spawn.

Once you reach the spawn area of Great Tusk, fight it out. Also, defeating Great Tusk is part of the Titan storyline that comes later in the game. Defeat Great Tusk and use the ultra-ball to catch it in Pokemon Scarlet.

Great Tusk has excellent potential against electric, rock, and poison damage. The photosynthesis ability of the Great Tusk makes him great during the daylight.

Here are some stats that show the potential of Great Tusk in the Pokemon world.