How To Catch Dudunsparce In Pokemon Scarlet And Violet 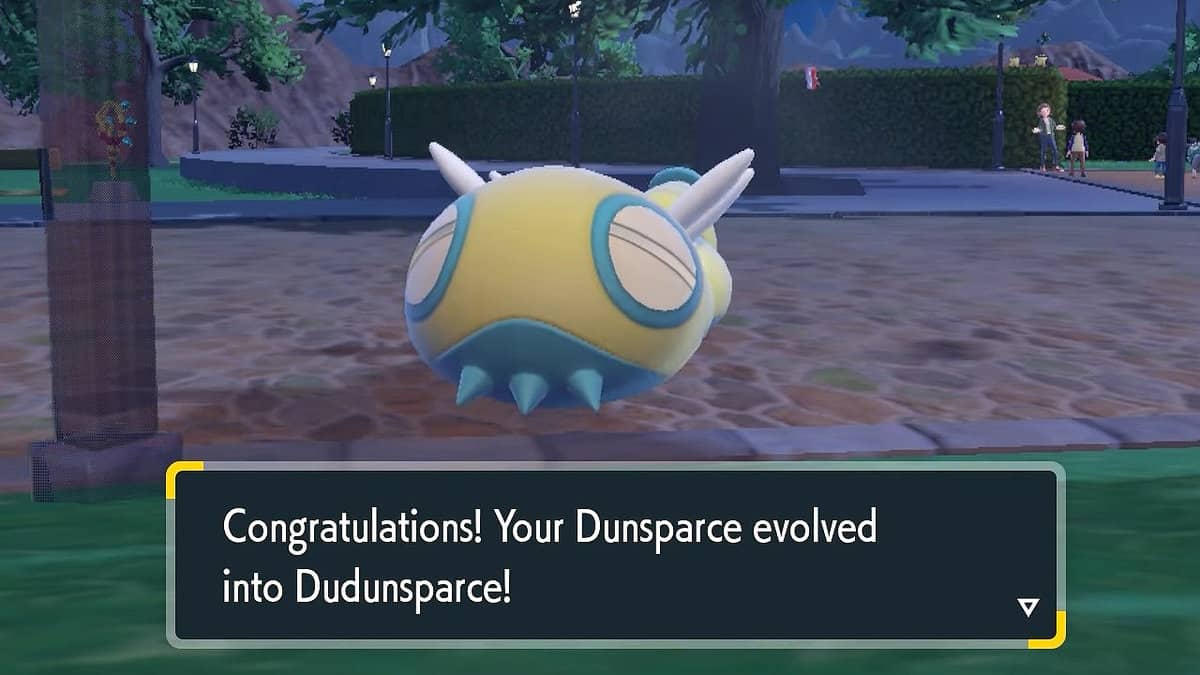 Dudunsparce is the long-awaited evolution of Dunsparce. Being a generation II Pokémon, it has been 24 years and finally, the Dudunsparce has come into being with the release of Pokemon SV.

For that purpose, firstly you have to capture the Dunsparce and then wait for it to finally evolve into the Dudunsparce Pokémon.

To address this situation, we have prepared a guide through which you will learn how to catch the Dunsparce first after which it will then evolve into the Dudunsparce.

To catch the Dudunsparce, you will have to locate the Dunsparce first. This will require some effort on your behalf since these Pokémon are a rare sight to capture. They appear as yellow worm-like creatures with tiny wings in the Dunsparce stage.

Nonetheless, you might encounter the Dunsparce around the areas such as Greater Crater area surrounding the Paldea.  In terms of the Province sections, you’ll come across them in these areas:

To catch the Dunsparce you will have to take your chances on encountering one of these rare creatures. You will have to look for them in the places mentioned above.

The base of Level of the Dunsparce varies from Level 15 to Level 23, making them difficult to catch initially by throwing the poke ball at them.

Once you find them, approach them stealthily by pressing the B button to crouch. If you rush towards them straightaway, they will evade you by burrowing themselves so take caution while sneaking onto them.

When they come in range, simply throw the Poke ball at them; they will resist it and this will instigate a Pokémon Battle. After defeating and capturing it, the Dunsparce info will be added into your Pokédex.

But to reach this evolved state you will have to go through many hurdles to train it. After you teach him the move “Hyper Drill” at Level 32, the transformation will then occur automatically.

As he evolves into Dudunsparce, you will notice the change as the yellow worm creature will grow bigger and have two pairs of wings.

Reaching Level 32 on Dunsparce you will have the following stats:

After evolution into Dudunsparce your Pokémon’s stats will be

Once your Pokémon evolves into Dudunsparce you will also have the ability known as “Serene Grace” which will in turn raise the likelihood of additional effects occurring to your Pokémon’s moves.