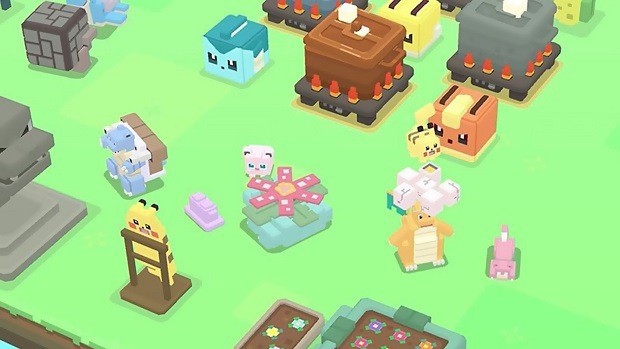 The Pokedex is a staple in Pokemon games and marks your progress as you try to catch every single Pokemon that can be found in the game. You may want to see a list of the Pokedex to see which Pokemon are available in the game and this Pokemon Quest Pokedex Guide will help with that.

Our Pokemon Quest Pokedex Guide will mention each of the 150 Pokemon that can be found in Pokemon Quest as of right now. They are in the same order as they are inside of the game’s Pokedex

This Pokemon game features the Tumble Cube Island with a number of cube-shaped Pokemon that make the game all the more different from the others from the franchise.

In addition to that, catching Pokemon works a lot differently in this game. Rather than battling Pokemon to catch them, here you have to attract Pokemon to your camp.

Some of the Pokemon are automatically attracted to your base camp at the start of the game while for other there is a different mechanism.

You cook stews that attract Pokemon to your base camp. There is a variety of these stew that each attract a few Pokemon.

Other Pokemon, you encounter on some special events or from purchasing the premium item from the store.

There are 18 of these recipes to attract different types of Pokemon along with 16 special ones as well. These basically use a combination of berries, mushrooms, rocks, and roots and each has their own combination of these items. A few of these stews are listed below:

The list of Pokemon found in this game are listed below: