Recently, developer Pocketwatch Games announced that their release, Monaco: What’s Yours Is Mine, managed to clear a milestone of a million units sold. Their latest project, LEADtoFIRE, started but five months ago.

We had a brief chat with Andy Nguyen of Pocketwatch Games to discuss what the new real-time strategy (RTS) game is about. The developer commented on their passion for the genre:

I’m a big fan of Starcraft. I love watching eSports and the competitive scene and there is so much action and entertainment.

The thing is, when I play online, the experience for me is nothing like that. I stumble on how to play the game, and there are often times when I feel like I know what to do, I just don’t know how to do it. The problem is in the controls.

Blizzard’s popular title is further used as point of reference, indicating quite the inspiration for LEADtoFIRE. It’s been used as a springboard ever since Monaco, according to Nguyen:

Starcraft is a game notorious for having complex controls. APM [actions per minute], micro, hotkeys, build orders. You have to commit so much to muscle memory before you can even play well.

So with Monaco, we took the stealth game, a genre with pretty complicated controls (Splinter Cell, Hitman), and took it all down to a single button. We then built the game from the ground up with simple controls in mind, so that everyone can enjoy the genre. We tried our hardest to preserve the complexity and depth of stealth games without making the interface too complicated.

LEADtoFIRE is headed the same way Monaco was, but in an entirely different genre. Where one is more of an action title, centered on one person, the strategy project will allow for multiple troops to be controlled. Nguyen continued:

We are doing the same thing with Starcraft [for LEADtoFIRE]. We start with simple controls (joystick and a few buttons). Then we build the strategy back into the game from the ground up and preserve as much strategy as possible to make it feel like an RTS game.

This means, if you play with strategy in mind, you can win right off the bat. You no longer need to practice your muscle memory and multi-tasking before being able to win.

The controls are pretty simple.  You move your character with left stick, and you command your army with right trigger.  Build units with A button, sell structures with B button. 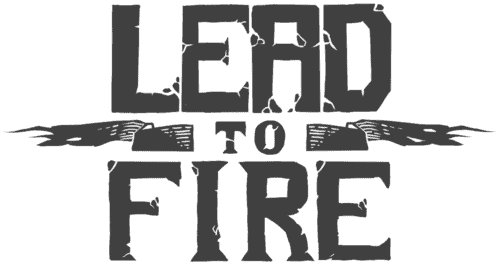 Having just two buttons certainly is accessible, but it also seems limiting to how much depth a strategy game can have. In the past, fans of the genre have lashed out at titles, like Warlock: Master of the Arcane or Civilization: Revolution, who reach for easier learning curves. We asked if the pitch for accessibility could affect versatility. Nguyen stated:

Many gamers actually equate accessibility to difficulty, which is not necessarily true.  I would say that Tetris is an accessible game, and yet many people do not complain that it is too simple.  Or if people do think it is simple, that its simplicity is more of that is elegance.  Tetris is clear and understandable in its rule set, which allows players to immediately begin truly mastering the game.

So with LEADtoFIRE, we take a similar approach, make the entire rule set of the game simple, understandable, and all encompassing, which then allows players to truly strategize once they understand the rules.

There seems to be a focus for the game to cut down on the interface complexity, more than any game content. It is true that some strategy and roleplaying games tend to become a mess of menus. Ngyuen feels that being able to master the tools gives players a shortcut to handling the game:

We find that strategy doesn’t exist in understanding the gameplay or mastering the mechanics.  Rather, true strategy lies in outsmarting the opponent, adapting to your situation, and improvising new solutions. In order to do THIS strategy, full mastery of the game is absolutely necessary.

Therefore, we quickly let players understand the game, so they can get straight to the strategy.  In other words, you are playing the mind of the opponent, not struggling to figure out the game.

Further on, Nguyen discusses their methods to create depth for LEADtoFIRE. It sounds a lot like in chess, where everyone has the same basic tools and it’s a matter of being one step ahead in planning:

[What] we do to have layers of strategy in the game is going back to the core of what strategy in RTS means.  This comes down to meta strategies like recognizing player patterns or adapting to a certain army composition the opponent has on the field.  It also means you can recognize the player’s tendencies and exploit them.

We are doing things like having lots of varieties of units that have different interactions with each other.  We are doing a custom race system where you are limited to 7 units for your race and therefore have to pick a strategy composition best suited to your play style or best suited to beat your opponent.  These are all opportunities to out-think the enemy without having to struggle with the controls in order to do so.

We asked if there would be a crowd of strategy purists that would be put off by the simple outlook LEADtoFIRE has and if that’s a concern, to which the developer responded:

We have some Starcraft 2 fans who have high APM’s that may say our version is too simple, but we are not concerned about them.  Hardcore Everquest fans hated on World of Wacraft for being too simple, and hardcore Magic fans hate on Hearthstone, but that doesn’t stop both of those two games from making a lot of people happy and being a hell of a lot of fun.

Interestingly enough, Nguyen continues to draw a line to Smash Bros, an oddball in the fighting circuit that manages to demand understanding from its peers:

Think of it this way: There are some fighting game purists who will say Smash Bros has less combos, special movies, super moves, advanced tactics, and frame sensitive timings and is therefore “less deep”, but the hardcore Smash Bros community will say otherwise because the core of fighting games still exist in Smash.

There’s no real release date for LEADtoFIRE, as the developers mentioned it’s “done when it’s done.”